Is the Price of Vinyl Going Too High? 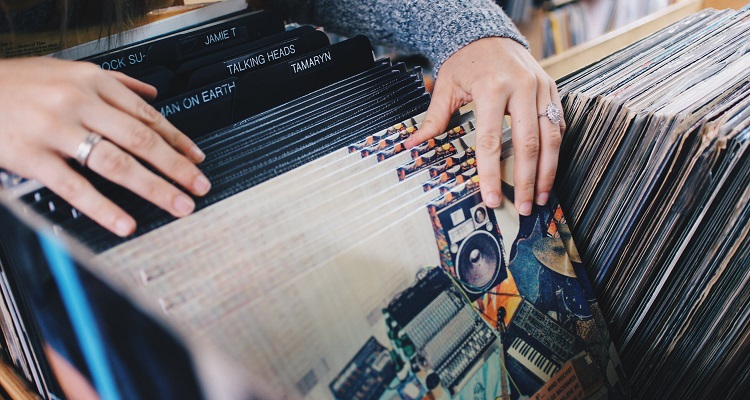 Is the vinyl industry at risk of pricing itself out of existence?

In its Year in Report 2017, researchers at BuzzAngle Music noted that streaming music consumption surged in the US and Canada.  Physical and digital album and track sales, however, continued their slow descent into obscurity.

The anomaly?  At a 20.1% increase over 2016’s numbers, vinyl records sales actually increased.  The medium now comprises 10.4% of all physical album sales in the US.

As vinyl records sales increase, it’s only natural that some retailers will take advantage of the medium’s apparent resurgence.  But, according to a new report, have vinyl prices gone too high?

You probably pay a lot more than you should for your favorite records.

The Toronto Star’s Ben Raynor tackled this problem.  Unlike the US, vinyl sales have actually decreased in Canada.  BuzzAngle noted that due to HMV’s store closure, vinyl record sales declined 9.3%.

Raynor paid $64.98 Canadian dollars for a new Queens of the Stone Age album.  This was before taxes.  This comes out to around $52 in American dollars for a single vinyl record.  He noted that despite the increase in manufacturing capacity, vinyl prices continue to rise.

Do you love vinyl?  Time to shell out your hard-earned cash.

Looking through prices of vinyl records on Amazon, you’ll find similar price increases.  For example, A Perfect Circle’s upcoming album, Eat The Elephant, on CD will cost $11.99.  You could purchase it as a digital download for $12.49.  However, if you want to score the album on vinyl, you’ll have to shell out $27.06.

While not as expensive as Eat The Elephant, Justin Timberlake fans will have to pay more for Man of the Woods.  The album on MP3 costs $12.99.  On CD, you’ll score it for just $10.  Vinyl lovers, however, will have to pay nearly double.  The vinyl record costs $18.97.

The same increases apply for LPs from Van Halen, Kendrick Lamar, and David Bowie, among many others.

The notable price increases may be coming from the lack of pressing capabilities to meet demand.  And is this just what people are willing to pay?  Speaking with The Toronto Star, Isotope Records’ Gerry McGhee doesn’t see the end of the format’s resurgence anytime soon.

“I think we’re still on the crest of the wave, actually, going upwards.”

To meet demand, he opened up a pressing plant, Precision Vinyl, in early 2017.  After six months of opening, it had to add a second eight-hour daily shift, something he called “insane.”  The plant currently presses 240,000 units a month.

To further maximize the potential of its 10 pressing molds, Precision often runs a Saturday shift.  At the end of February, the company will add machines to bring the plan’s total pressing capacity to 500,000 units.

Testing how much vinyl lovers will actually pay.

According to McGhee, labels charge more for records to test consumers’ buying habits.  His clients try to find a price point to make a profit from sales without driving away customers.

“Buyer fatigue has always been the main concern for us, at our end.  And the labels have brought it up to me, as well…I think that’s still the moving target.  They’re trying to figure out where that is.”

But do you really know why you have to pay more for vinyl records?

Putnam added that consumers may not realize why records cost much more.

Not everyone agrees with the format’s pricing.  Lambasting the skyrocketing price tags on new records, Record Collectors News wrote back in 2013,

“Reckless cash grabs from a wounded industry are par for the course…  Major labels notoriously blew it in the ’90s by killing the single as a format and outrageously overpricing CDs…  Now that they’ve been given a chance to redeem themselves with the resurgence of interest in vinyl, not only are they shooting themselves in the foot, but it’s the same foot, the same gun and they’re even reusing the bullet.”

Welcome to the new norm.

“Not to pick on the old-schoolers, but Fleetwood Mac’s Rumors?  That’s between $32 and $34.99.  We’re talking about Rumors, man.  That record should honestly cost, like, no money…  But they know that people are gonna buy it, that people want that record.”

Noting that most customers don’t know who to blame for the price high tags on vinyl records, he lamented,