iHeartMedia Files for Chapter 11 Bankruptcy. CEO Gets a $10.3 Million Bonus. 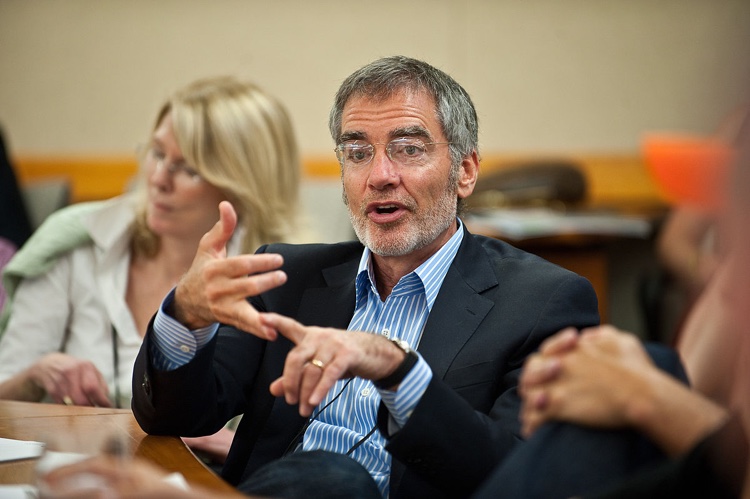 iHeartMedia has officially plunged into bankruptcy with more than $20 billion in unpaid debts.  CEO Bob Pittman is getting a $10.3 million bonus.

In a statement, CEO Bob Pittman announced that the company has reached an in-principle agreement with creditors to restructure its debt.

“The agreement we announced today is a significant accomplishment, as it allows us to definitively address the more than $20 billion in debt that has burdened our capital structure.  Achieving a capital structure that finally matches our impressive operating business will further enhance iHeartMedia’s position as America’s #1 audio company.”

Not exactly the best news for iHeart, though Pittman is privately celebrating.  The CEO will receive $10.3 million in bonus payments — on top of everything else — for courageously running this company into the ground.  According to RadioInk, Pittman the bonus amount will be distributed throughout the year, with a bankruptcy restructuring constituting a major part of Pittman’s responsibility in 2018.

The ‘2018 Key Incentive Bonus Plan’ includes a $1 million spot bonus for stellar work in 2016 and 2017, plus a fat $2 million+ payment by March 31st.  Other top-level iHeart executives, includes COO Richard Bressler and General Counsel Robert Walls, will also walk away with millions in bonuses.

Formerly known as Clear Channel, iHeartMedia has over 850 stations.  Yet poor management, incredible over-leveraging, inability to innovate, and a reportedly toxic workplace environment led to its downfall.

Numerous ex-employees told Digital Music News that iHeartMedia deceived its operations personnel into thinking their jobs were safe.  Some pinned the blame on “Pittman’s ego.”  Pittman reportedly millions in bonus payment for structuring a bankruptcy deal — or, effectively running this company into the ground.

The company ultimately couldn’t handle its $20 billion buyout debt leveraged in 2008.  Due to falling advertising revenue at its 858 radio stations, iHeartMedia didn’t have enough money to pay its debt.  It missed two payments earlier this year, including a $106 million interest payment that set off a 30-day grace period.  The company said that it has enough cash on hand to fund the business during the bankruptcy process.

The creditors listed in iHeart’s filing include:

According to Seth Crystall, an analyst at Debtwire, the filing won’t likely impact the company’s day-to-day operations.

“They’re not shutting down.  They’re going to pay their bills.  If you were listening to iHeartRadio, or going to iHeart concerts, you will not even know the difference.”

That arrangement didn’t satisfy creditors, however.  They reportedly counter-offered with a 94.75% stake in iHeart while shareholders wouldn’t receive anything.

Creditors also balked at Liberty Media’s last-minute offer to save the company.  For $1.1 billion, Liberty would’ve taken a 40% stake in iHeart.  The company, owned by John Malone, also owns a majority stake in Sirius XM as well as Pandora Radio.  The move reportedly would’ve created a unique synergy between iHeartMedia, Pandora, and SiriusXM.

Should iHeart successfully emerge from bankruptcy, however unlikely, analysts believe that iHeart may use “its substantial cash flow to reinvest in the business.”  It would also have to avoid making “exorbitant interest payments.”

In the second half of 2015, iHeartMedia shares lost three-quarters of their total value, from which it couldn’t recover.  On Monday, the stock traded at 48 cents per share.  Currently, shares stand at 65 cents, roughly 35% above its opening price of 46 cents.

Speaking on today’s filing, Crystall added that despite iHeartMedia’s best efforts, it seemingly had no choice but to file for bankruptcy.

“What they’ve done to try to stay afloat is financial engineering.  There’s no reason to file for bankruptcy until you have to…  but we’re at that point.”