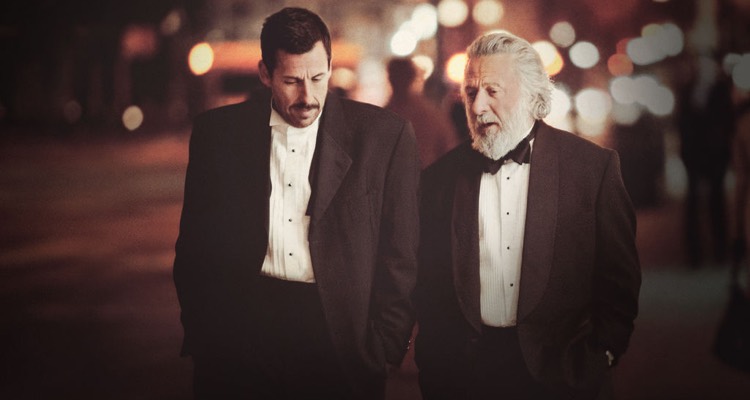 The Meyerowitz Stories (New and Selected), released on Netflix.

The Cannes Film Festival, one of the most prestigious film events in the world, is now officially banning Netflix movies from receiving awards.

The music industry has seen its fair share of format changes over the past decade.  But it’s hard to imagine, for example, an album not receiving a Grammy because it isn’t available in record stores.

Which is sort of what’s happening in the movie world.  Now, one of the most prestigious film festivals — the Cannes Film Festival — has decided to ban Netflix movies from receiving awards.  The reason is that they aren’t distributed into traditional theaters.

In effect, Cannes is declaring that a movie is not worthy of an award because it’s viewed on a different-sized screen.

Cannes Film Festival head Theirry Fremaux recently issued the ban.  “The Netflix people loved the red carpet and would like to be present with other films,” Fremaux told the Hollywood Reporter.  “But they understand that the intransigence of their own model is now the opposite of ours.”

Fremaux’s comments were translated from French, complete with the requisite condescension.  And as a favor to the ruffians at Netflix, Fremaux has agreed to allow Netflix to showcase films at Cannes — but they can’t win any awards.

Cannes’ Palme d’Or is considered one of the most prestigious awards a film can receive.  Ironically, The Meyerowitz Stories actually had a shot at the top prize — and maybe that freaked everyone out.

Fremaux now says he only admitted those films if  Netflix agreed to release them in theaters.

Actually, The Meyerowitz Stories actually landed in a few theaters, but that apparently wasn’t enough.  “Last year, when we selected these two films, I thought I could convince Netflix to release them in cinemas,” Fremaux stated.

“I was presumptuous, they refused.”

But wait: this gets even more ridiculous.

Accordingly, Netflix actually tried to get limited releases in French theaters to coincide with their Netflix debuts.  But it turns out that there’s a French law that prohibits simultaneous (or ‘day-and-date’) releases.  Instead, France requires that movies first be released in theaters for a pre-set period before going online.

So basically, Cannes is demanding that Netflix release their films in French theaters for several weeks before they appear on Netflix.   Or, face exclusive from getting a Cannes award.

Meanwhile, TV series on streaming platforms are becoming more interesting and noteworthy than traditional Hollywood films.  And that also includes shows on Amazon, HBO, and AMG, among others.

And maybe that’s the problem here — and the root of Cannes’ snooty rules.  “Cinema still triumphs everywhere even in this golden age of series,” Thierry stuffily declared.  “The history of cinema and the history of the internet are two different things.”

By comparison, the music industry is light years ahead.

For all the criticism that self-proclaimed music industry authorities like Billboard deserve, at least they’re recognizing newer formats.  Currently, Billboard applies a relatively arbitrary mathematical formula to equate traditional albums with streams for charts like the Billboard 200.  They even weight paid streaming and free streaming differently.

And yes: that system is also patently ridiculous, but at least an artist can chart without having a CD in a store somewhere.