No, an IPO Won’t Save Sonos From Extinction 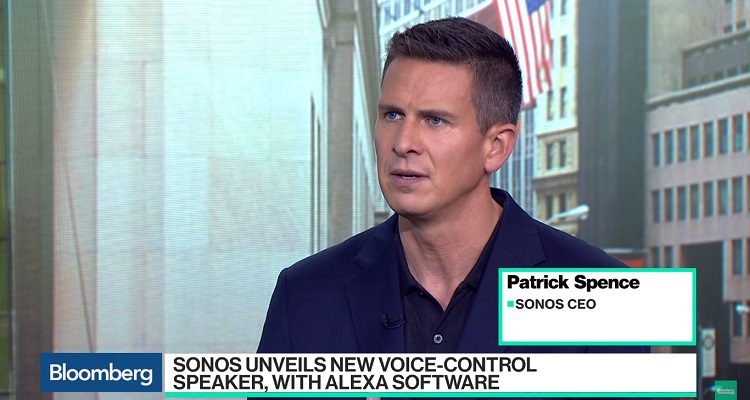 Can three little letters turn things around at Sonos?  Of course not.

Last year, I touched upon a developing story.

With the company laying off ‘an unspecified number’ of employees, its CEO abruptly stepping down, and new deals with rival Amazon, Sonos looked like it was in trouble.  In his final statement as CEO, co-founder John MacFarlane admitted that his company faced “stiff competition.”

Sonos, a fiercely-private hardware maker, has carefully guarded its sales figures.  Of course, any underperforming company would.  The only reputable sales figures we can rely on come from outside analysts.

Take, for example, a report last summer from Strategy Analytics.  Thanks to a robust catalog of smart speakers, Amazon readily outperformed Sonos.  With an estimated 5 million units shipped, the e-commerce giant had a 77% increase in volume demand.  Sonos, meanwhile, only had around 4 million.  Not too bad, until you realize that Sonos had been in the home audio business long before Amazon.

So, why did the company fall behind?  As MacFarlane noted, top executives, including himself, misjudged voice recognition technology.  That mistake led to an eventual dismissal of an unspecified number of employees.

More than a year later, the audio hardware maker is limping on.  But with the release of more smart speakers in the audio market, the company may soon see it end.  As Business Insider noted, the release of Apple’s much-hyped HomePod now pits Sonos against tech giants worth $2.4 trillion.

So, with Apple and Google now in the market, and Amazon growing popular thanks to Alexa, how does Sonos plan to compete?  Simple.  Do what Spotify did — or something like it — and hope that it works.

Variety came across some interesting job listings.  In recent weeks, Sonos has started looking for personnel to “fill key legal and finance roles.”  The listings also mention that the company is now “preparing its financial reporting to comply with rules for public companies.”

Sonos, of course, declined to comment on its Hail Mary pass.  A spokesperson merely told Variety,

“We like where our business is and an IPO is something all tech companies think about.”

Among the listings, Sonos has created a new position within the company: a corporate controller.  The right candidate would have “current public company experience as a controller or assistance controller.”  He or she would also need “prior public accounting experience, preferably Big 4.”  The term, of course, refers to the four major accounting companies: PricewaterhouseCoopers, Deloitte, KPMG, and Ernst & Young.

In addition, the job listing states that the company remains in the process of implementing SOX 404 compliance.  Congress enacted the Sarbanes-Oxley Act of 2002 to protect investors.  Section 404 requires proof of orderly internal financial reporting.  Achieving compliance remains an incredibly costly ordeal, something only successful companies preparing to go public do.

In another job post, a new company general counsel must have the following experience:

“The successful candidate will have prior experience as GC or deputy GC of a multi-billion dollar public company responsible for all legal matters (including corporate & other regulatory matters, board governance, legal aspects of M&A, legal aspects of commercial contracts, litigation & dispute resolution, privacy, employment contracts, global public policy, etc.).”

Maybe it’s too late to turn things around.  But, does Sonos know that?

Charging full-sped ahead, Sonos has beefed up its retail presence.  It opened stores in New York, Shangai, and London.  Next week, the company will open a store in Berlin.  Yet, as Variety notes, the competition (Apple, Amazon, Google) offer speakers “with superior sound.”  In fact, writer Janko Roettgers invited users to experience the difference “in person.”

Current CEO Patrick Spence had previously spoken on the subject of preparing for an IPO.  He told Variety,

“We are considering whether an IPO would be the next best thing. We are in a strong place, growing, profitable.”

Of course, Spence didn’t share internal or external sales figures to back up his overly-optimistic statement.  He previously worked at Blackberry as its Senior Vice President and Managing Director of Global Sales & Regional Marketing.  You can see how well that company has done.

Unless Sonos has a secret, effective plan to take down the big 3 hardware makers, expect potential investors to turn a blind eye to the IPO.  Oh, and unfortunately, many more employees looking for new jobs.