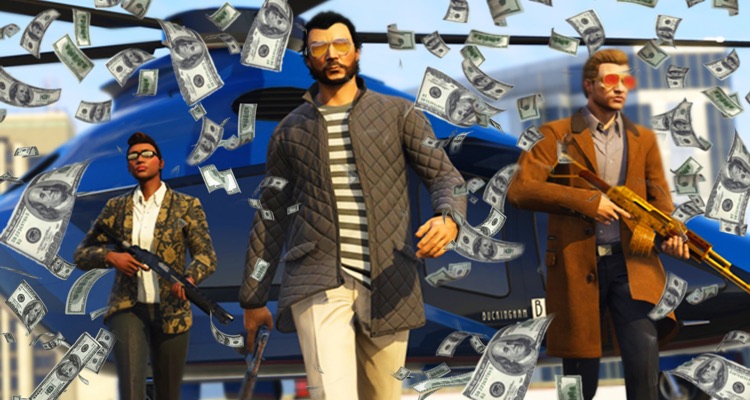 Grand Theft Auto V is the single best-selling release — in the history of entertainment, ever.

Grand Theft Auto V has now raked in more revenues than any other form of media in history.  This encompasses all forms of entertainment, including books, concerts, albums, games, and films.  And the game, released back in 2013, is still making Rockstar Games money.

How much money?  After selling more than 90 million units, GTA V boasts more than $6 billion in revenue, according to Doug Creutz, and analyst at Cowen.  It was the first update to the Grand Theft Auto series since 2008’s Grand Theft Auto IV.

“Since its launch in 2013, GTA V has sold 90 million units, putting its total haul for publisher Take-Two Interactive in the neighborhood of $6 billion,” Doug Creutz, an analyst for Cowen told MarketWatch.

And the pent-up demand was huge upon its release.  Almost instantly, the video game became the fastest-selling entertainment product in history.  By its the third day of its release, GTA V grossed more than $1 billion in sales.

According to Creutz, “the game has made more than blockbuster movies like Star Wars and Gone With The Wind, which both brought in around $3 billion in theaters when adjusted for inflation.”  Creutz also estimates that even with home entertainment sales, which he puts in the ballpark of $1 billion, those films don’t come close to Rockstar’s title.

Even Avatar, which grossed $2.8 billion, doesn’t even come close.

Aside from the money, Grand Theft Auto V is also considered to be one of the best video games of all time.

Indeed, this is more than just a game, and somehow outdoes an already-incredible GTA IV.  Upon its release, the reviews and accolades were incredibly strong. “Grand Theft Auto V is also an intelligent, wickedly comic, and bitingly relevant commentary on contemporary, post-economic crisis America,” one IGN review raved.

“Everything about it drips satire: it rips into the Millennial generation, celebrities, the far right, the far left, the middle class, the media.”

GTA V is actually most popular on PlayStation 3, and PC users contribute just 2.1% to total sales — but have contributed a lot of great mods.

And GTA VI?  Apparently it’s still years away, with few clues on the city or setting.