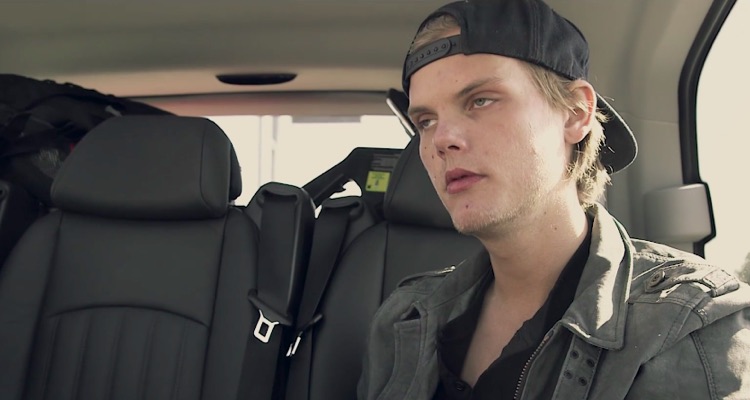 ‘Avicii: True Stories’ shows a clearly exhausted Avicii preparing for a show — just one day after a major surgery.

First, there was shock.  Now, there’s outrage over the tragic — and completely preventable — death of Avicii.  So whose fault is this?

For those who were around in the 90s, Avicii’s tragic death feels a lot like the passing of Kurt Cobain.  Both were fragile souls, shuttled from total obscurity to the heights of fame at a young age.  Both struggled to escape the spotlight and its trappings, the insane compromises of fame.

And both killed themselves despite ample wealth, success, and the adulation of millions of fans.

Well, at least this certainly looks like a suicide for Avicii.  Or something close to it.  A note from Tim Bergling’s family was heartbreaking, and strongly suggested that Avicii turned the lights off himself.  Or, took enough drugs, alcohol, or a combination thereof to do the job.

Maybe one difference is that Avicii seems to have been — literally — worked to death.  Or so burnt out that it was impossible for him to regain himself.

Accordingly, fans are now shifting from outright shock to complete outrage.  After all, who was pushing Avicii so damn hard?  Why was this 20-something guy so seemingly unable to control his own work demands?

Sadly, it’s starting to look like Bergling was being seriously exploited, and lacked the willpower or ability to push back.  So why wasn’t there one person who stepped in to protect Tim Bergling from — literally — working and drinking himself to death?

The 2017 documentary, Avicii: True Stories, offers a scary glimpse into the machine that Tim Bergling created.

The only problem: Bergling was the machine, and his decision to slow it down meant less money for a lot of people.  It would be like the founder of a prosperous company deciding to padlock the doors next Tuesday.

It’s the same with other successful DJs and bands.  An extreme example might be Metallica, which is now more like a corporation than a metal band.  If Metallica decided to call it quits, and never play another show or release another record, they’d effectively be firing dozens of people directly involved in Metallica, Inc.  And, hundreds of people in the broader economy that is Metallica would receive less money as a result.

That’s not to say that Metallica owes those people anything.  They definitely don’t — especially if their own health is on the line.  But the reality is that those people rely on Metallica for their paychecks and have every interest in keeping the train rolling.

Which might explain why so many people — including his management team — were pushing Avicii to keep going.

If it were just fans demanding Avicii’s return, this probably wouldn’t have been a problem.  Bergling can shut them out, especially in getaways like Muscat, Oman.  You can actually turn the internet off.  You can cancel shows and say sorry.

Instead, it now looks like Avicii’s inner circle — business and maybe even personal associates — were egging this guy to keep going.  Maybe there was debate over this, perhaps some people were defending the guy’s sanity.  But those voices — if they existed — were getting overruled.

The net result was that a constant pressure to keep ‘Avicii, Inc.’ going.  Which of course had tragic consequences.

There’s actually one scene in Avicii: True Stories that is horrifying.  Just one day after surgery, Avicii is in the back of an SUV, getting schedule points from a pushy manager.  It’s non-stop interviews, a soundcheck for a show that night, and other commitments.

Avicii, clearly exhausted and barely there, is shown acquiescing to the demands.

Of course, it was truly Tim Bergling who had the power to push back.  Which is ultimately what he ended up doing in 2016.  But it didn’t really work, and the DJ complained of constant demands and pressure despite his ‘retirement’ at 26.

So who really killed Avicii?

Accordingly, fans are asking serious questions about why this was happening.  And whether this was an outright case of exploitation by his management, label, promoters, and others with vested interests in keeping the show going.

“Avicii’s old management literally put him into the ground,” one fan stated on Twitter.  “They totally disregarded his mental health completely and showed little care for physical health… goes to show the intolerance and ignorance on mental health…”

Another wrote: “What people don’t realize about Avicii is that he was basically worked to death. His management should be held responsible for the stress that they have put him through, the fact someone has to take their own life to escape from something is wrong, this shouldn’t be allowed.”

“Avicii was someone with so much talent, he gave the world so much beautiful music. the fact that he feared death, and his management STILL used him as if he was a machine sickens me,” another stated.

And another: “His management should take a good look at themselves! Money does not always bring happiness, your health is your wealth.”

It’s pretty much endless.  And after viewing the documentary and sifting through angry comments from fans, I realized that what Tim Bergling truly lacked was a real friend.  A defender who was looking out for Tim, not Avicii, Inc.  That could have been his family, but they arrived too late.

Ultimately, Avicii killed Avicii.  But it doesn’t look like anyone was fighting for a guy who was ultimately too weak to deal with the fame he’d created.