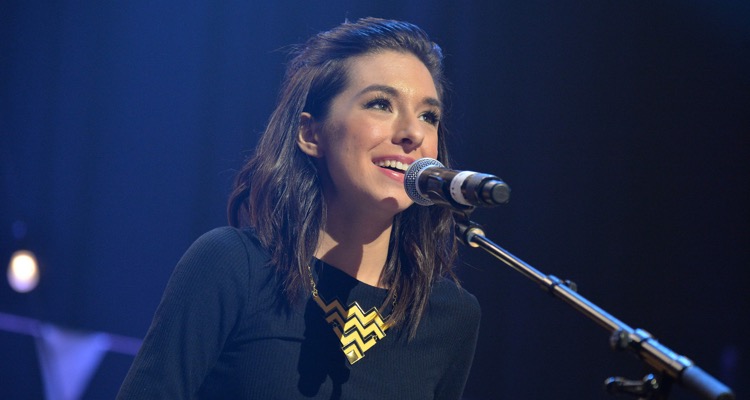 “Little Girl,” a now-released original by the late star, is about the support between a mother and daughter.  At the age of 12, Grimmie’s mother was going through breast cancer treatment, providing inspiration for the track.

Christina Grimmie is The Voice star whose life abruptly ended at an autograph signing in Orlando, Florida on June 10th, 2016.  In a shocking and unexpected development, Grimmie was shot to death while casually greeting fans.  The singer’s brother, Marc Grimmie, tackled the demented fan after he tried to run away.  The fan, Kevin James Loibl escaped Grimmie’s tackle, backed into a wall, and shot himself.

The track sounds like a demo, but it’s still beautiful

The track, which sounds like it’s still in professional demo form, begins with a warm piano arpeggio. Then, Grimmie’s cunning vocal jumps in and harnesses the power of a loving mother/daughter relationship.

The chorus sings, “Little girl, I’m hear to say, ‘don’t run away.’ Little girl, I know you’re scared, the things you’ve beared. So, let me tell you you’re ok, that you’re in my arms to stay. Little girl.”

Proceeds from the track will be donated to charities.

A portion of the funds that are made from “Little Girl” will go to the Christina Grimme Foundation.  The Foundation continues to assist families who’ve been affected by gun violence or a breast cancer diagnosis.

“As you know, family is very, very important to us here at The Voice,” said Daly. “Last year we tragically lost one of our own, the incredibly talented and beautiful Christina Grimmie. Tonight, in memory of our good friend and along with Christina’s family, we’re honored to help announce the creation of the Christina Grimmie Foundation, benefiting those impacted by gun violence and families, just like her own, affected by breast cancer,” he continued.

“Thank you for letting us be a part of this very important moment. And Christina, we feel your spirit here at The Voice every single day and we love and miss you dearly.”