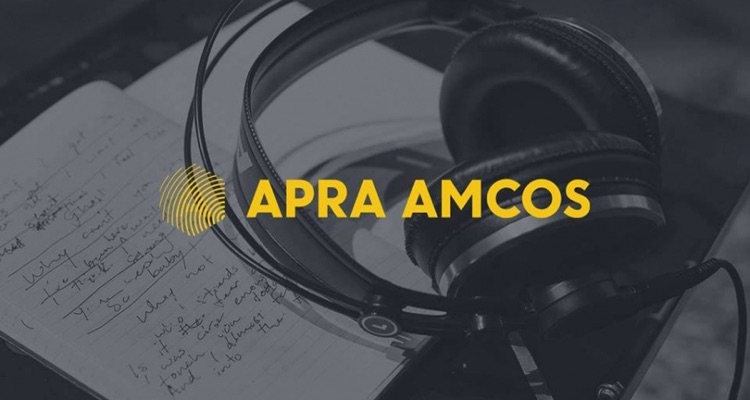 YouTube has relaunched its ‘Artist on the Rise’ program and has named Jessie Reyez as its first featured performer.  Launched late last year, the program now includes promotion and programming on the video platform, plus advertising, social aspects, and fan events at YouTube Spaces.  The service now competes directly with SoundCloud’s ‘First on SoundCloud’ and Spotify’s ‘RISE’ initiatives.

According to Roger Daltrey, sexual harassment against women doesn’t happen in the music industry.  Speaking with the Daily Mail’s Event magazine, The Who frontman said,

“Why would any rock star need to push themselves on women?…

The music industry on the verge of a “new dawn”…

Addressing attendees at The Great Escape, Crispin Hunt said that the music industry faces a “new dawn” thanks to streaming music platforms.  The multi-million-selling songwriter and producer claimed the new dawn will help “correct all the flaws of the past model.”

“The musical future is suddenly looking a lot brighter and with luck, we should be on the verge of an unprecedented musical revolution both in terms of scale and opportunity.  But it’s up to us, the creators, our industry, and the online platforms, to work together to get that future right.”

Hunt currently serves as Chairman of the British Academy of Songwriters, Composers, and Authors (BASCA).

APRA AMCOS has announced the 2018 recipient of The Lighthouse Award – Sabrina Robertson.  She runs music management and publicity company Maths & Magic.  Robertson also manages Melbourne singer and songwriter Alexander Biggs.  Established in memory of Linda Gebar, The Lighthouse Award supports the professional development of female managers based in Victoria through a $5,000 ($3,777) grant.

Do wealthy people and hipsters look down on metal music?

According to Billy Corgan, people in the upper class and hipsters look down on metal music.  The Smashing Pumpkin frontman told Beats 1 Radio,

“For years I would take s—t about being a fan of metal – it should be beneath you.  It gets into weird class politics – most of the people who criticize people like us, for being who we are, what we are, or what we represent, had better backgrounds than we had.”

Following the story’s publication, Niche Music Group has issued the following statement, distancing itself from the beleaguered lawyer.

“We were not aware of his views and he never expressed them to us.  We are appalled by his comments and behavior.”

James Frost-Winn, a former street musician, has sued Dave Matthews Band violinist Boyd Tinsley.  Tinsley has confirmed that he no longer forms part of the Dave Matthews Band and vowed to “fight both in and out of court to repair the damage that has been done.”  Filed in King County, Washington, Winn claims that for years, the former DMB member sexually flirted with him with comments, sexting, and physical touches.  The band has since distanced itself from Tinsley.

“The harassment was in no way welcome and destroyed Plaintiff Winn emotionally… [he] was left with no choice but to walk away from the dream-turned-nightmare that he had been living.”

According to Strategy Analytics, Apple sold an estimated 600,000 Homepods during the first quarter of the year.  But that wasn’t enough to shake the rankings.  The market research company reported that Apple has taken the fourth spot in global smart speaker shipments.  Amazon, Google, and Alibaba took the top three spots. 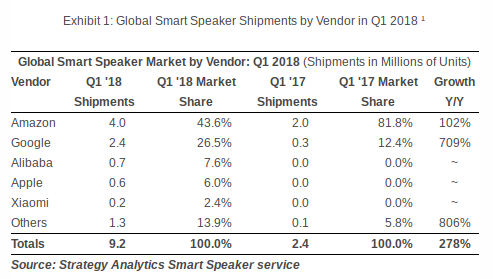 Image by Variety and Strategy Analytics

Ahead of its IPO next month, Sonos once again failed to rank on the list, likely landing in the ‘Others’ category.

Award-winning composer and songwriter Alan Menken has signed a worldwide deal with Warner/Chappell Music.  He has won eight Academy awards and has received eleven Grammys.  Menken is currently working on the Broadway production of A Bronx Tale as well as on the live-action adaptation of Disney’s Aladdin.

LiveXLive and Montreux Jazz Festival have signed a five-year agreement.  Under the deal, LiveXLive has become the exclusive global live streaming and content partner for the festival outside of Switzerland.

Erin Mills and James Paterson named Directors at Listen Up.

Listen Up, a London and LA-based music promotions company, has promoted Erin Mills and James Paterson as its new directors.  Both had joined the company as interns before working their way through the company’s ranks in the radio and press departments.  Listen Up currently represents Wiley, Marshmello, Elderbrook, Porter Robinson, Waka Flocka Flame, Children Of Zeus, Patrick Topping, Loco Dice, Black Coffee, Tale Of Us, Solardo, and Jonas Blue.

Civilized Worldwide Inc. has announced that former Live Nation Chairman and concert producer Michael Cohl has joined the company as an investor and member of its Board of Directors.  The company currently operates civilized.life, a news and entertainment website, and Civilized Studios, a multi-platform video network.

In an interview with the Los Angeles Times, Troy Carter, Spotify’s Global Head of Creator Services, has denied rumors that he will leave the company.  Carter also admitted to his disagreement over the platform’s ‘Hate Content and Hateful Conduct Public Policy’.