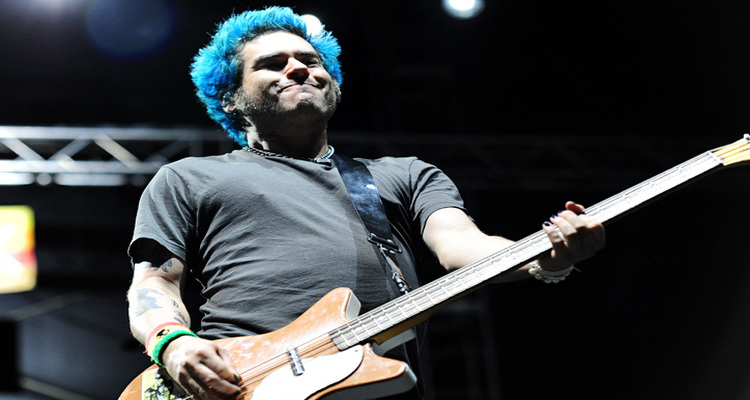 On October 1, 2017, a crazed gunman opened fire on a crowd in Las Vegas, Nevada during the Harvest Route 91 music festival. The shooting is the worst in US history, killing 58 people and injuring 851.

On Sunday, May 27, NOFX played the Punk Rock Bowling & Music Festival in Las Vegas, a festival where fans can listen to punk rock music, go bowling, and attend pool parties. “We played a song about Muslims and we didn’t get shot. Hooray,” said frontman Fat Mike. Guitarist Eric Melvin responds, “I guess you only get shot in Vegas if you’re in a country band.” “At least they were country fans and not punk rock fans,” frontman Fat Mike adds. Fat Mike attempts to defend himself by iterating, “You were all thinking it!”

In response to Fat Mike’s poorly timed joke, Stone Brewing Co. has removed its sponsorship of NOFX. “We at Stone Brewing are aware of NOFX’s insensitive and indefensible statements this past weekend. As a result, we are severing all our ties with NOFX, including festival sponsorship and the production of our collaboration beer.”

In addition, Stone Brewing Co. also announced that it will donate profits from NOFX’s beer to the Las Vegas Metropolitan Police Department Foundation.

In a tweet on May 30, Dave and Mahoney said, “NOFX thought it would be ‘hilarious’ to joke about the October 1 shootings while on stage in Las Vegas. This is disgusting and callous. We will never support anything involving this band ever again.” See the tweet and the video here.