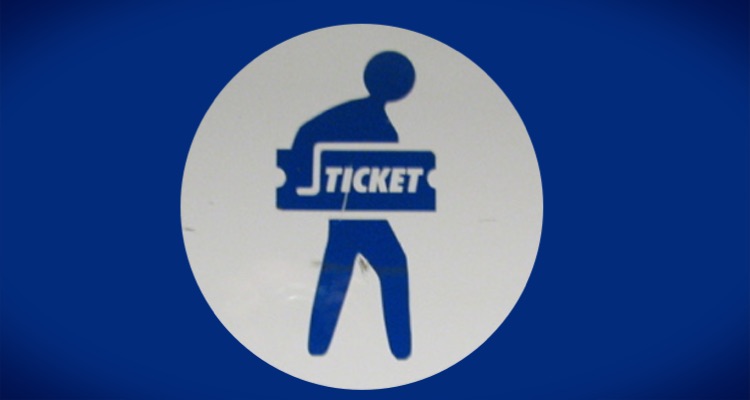 Did you know people LIKE getting ripped off by ticket scalpers? Well of course they do, idiot!

At least, according to one ticket scalper, SORRY, “secondary ticketing reseller,” Scot Tobias.

Scot Tobias, the founder and president of Worldwide Tickets, sat down with Billboard to discuss the “Fair Ticketing Alliance”. According to their website:

We created the FAIR TICKETING ALLIANCE to campaign for:

Greater legal and regulatory clarity in the secondary ticketing market

Secondary website platforms to conform fully with the law

Responsible, licensed operators to have the right to buy and re-sell tickets whilst protecting consumer interests

All those ideas sound pretty good, but you know what would sound even better? NOT having to pay above face value for tickets in the first place.

During the interview, single-t Scot says this about the secondary market:

The convenience? The availability? What would be convenient is if tickets were available at the original price (the “true valuation”), and not at inflated prices by some prick preying on the fact that people are basically idiots who will pay whatever they have to in order to see a concert.

Billboard’s interviewer grills Scot further, and his response is absurd:

SCOT: “There is a sector of [fans in] the market that don’t get the opportunity to buy the tickets right away, but do like the luxury of being able to buy them later at a premium, or else they wouldn’t do it. People wouldn’t buy these tickets at a premium unless they wanted to.”

You know why they don’t get the opportunity to buy them right away? Because of so many assholes buying them to resell, or the fact that in some cases, the venue is just shoving half the tickets to the secondary market before they’ve even had a chance to be sold!

But there you have it… people wouldn’t buy these tickets at a premium unless they wanted to.

They WANT to pay double the price for floor seats from some guy on the internet.  Did you know we also like paying for gas when it’s over $3 a gallon?  We love it in fact, it’s so convenient!  That extra money in our wallets was just slowing us down anyway!

+ Top British Official Warns: ‘Don’t Use Viagogo — They Are The Worst’

Sure, people do it because they “want” the tickets, but if they had a choice, if you said to a person “would you rather pay $100 or $200 to see Queens of the Stone Age?”, who would ever pick $200? You know who might? King Henry I, according to Scot!

“The public has always wanted the service of ticket resellers. It goes back to the Middle Ages.”

What does that even mean!?  Like Scot thinks there were peasants saying to their peasant friends “gee, I sure would like to go see two knights fuck each other up whilst jousting today, but I just couldn’t get tickets… too bad StubHub doesn’t exist yet!”

It’d be nice if more artists spoke out about this.

Musicians can’t possibly like ticket resellers, can they?  If they sell tickets for $100, and some guy turns around and sells them for $200, the band doesn’t see any extra.  So now some other guy is making money off their name, off their fame, off the fact that people want to see them?

Personally I’d be pretty pissed if I were an artist, and I knew people had to pay double or MORE because all the good tickets were bought up by scalpers first, AND I’m not making any extra off that, some douchebag I’ve never met is.

+ Dice Admits to Sneaking Booking Fees Into the Price of Tickets

No one WANTS the secondary ticketing market.  It’s now a necessary evil that we need some sort of regulated way to resell tickets so that even BIGGER scumbags (the ones who don’t even have the tickets in the first place and are just flat out stealing) don’t ruin it for the regular scumbags just trying to make a few bucks off someone else’s hard work and talent… as if there weren’t enough hands in the music industry cookie jar already.

Buckley recently paid $60 to see Lewis Black live. If only he’d had the convenience of paying $120!