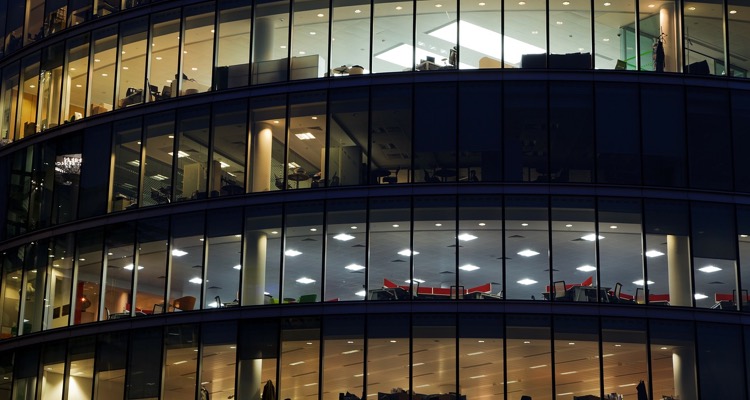 In the wake of high-profile dismissals of Billboard CEO John Amato, Recording Academy chief Neil Portnow, and Disney writer/director James Gunn, music industry executives are expressing insecurity over where things stand — and constructing and reinforcing brand-new rules for their offices.

For many, it was surreal to witness Billboard’s former CEO, John Amato, go down in flames.  For months, we heard rumors of internal dissatisfaction with Amato’s editorial decisions, particularly those relating to his personal friend, former Republic Records president Charlie Walk.

The rumors were that Amato was intentionally burying stories about Walk to protect a friend.  Other publications, including Digital Music News, were reporting more openly and frequently about mounting sexual abuse accusations against the powerful executive, as well as high-profile battles against Walk’s accusers and critics.

The ugly mess came to an end in March, when Universal Music Group, owner of Republic, fired Walk.  Or, maybe it was just the beginning for Amato.  Earlier this month, Amato was dismissed from both Billboard and The Hollywood Reporter, which he also oversaw, for sexual misconduct and protecting a sexual abuser.

But a number executives were quick to question why Amato was shown the door, exactly.  In reality, the reasons for the dismissal weren’t disclosed, and in conversations with Digital Music News, many industry executives felt that was a problem.  Valence Media, which now owns both publications, merely pointed to findings in an internal investigation, and that was that.

But raising even greater concern is what happened next.

Before Amato could pack his things, The Daily Beast ran a brutal teardown.  It included an allegation that Amato had behaved inappropriately towards at least one young woman staffer, while also making inappropriate comments during some company events.

But the Daily Beast also dragged Amato into a story about another Billboard executive, who apparently made lewd comments one night about a strip club and having sex with strippers.  “It was totally crazy because it wasn’t even about [Amato] — but still totally affected him,” one exec shared.

Of course, none of that is good behavior, and none of that is helpful towards Billboard’s growth goals.  But according to one source, it’s possible that Amato was simply being overprotective against a possible libel lawsuit from Walk, whose lawyers (who also worked for Harvey Weinstein) were certainly intimidating.  Along the same lines, none of the allegations had been proven against Walk.

Another offered a separate suggestion: “Maybe [Amato] was just that asshole boss that people didn’t like?”

Perhaps the only thing that’s certain is that Amato probably won’t be working in this industry again — or at the very least, his career has been extremely crippled.  He’s been branded as a sexual abuser, among other things.

Also creating confusion is the dismissal of Recording Academy chief Neil Portnow, who many feel was unfairly dismissed*.

That includes the Recording Academy board of directors, which vocally urged the Academy to keep Portnow as president.  Board chairman John Poppo, for example, called the controversy surrounding Portnow’s ‘step up’ comments ‘surreal,’ though even Poppo couldn’t save Portnow’s career.

“He wasn’t fired or dismissed and is currently the President/CEO, a title he will hold until his contract expires next year.”

Other situations are raising concerns.  Just last week, Disney axed writer/director James Gunn for inappropriate tweets sent nearly a decade ago.  Gunn is the central figure behind the ultra-successful Guardians of the Galaxy series, which has grossed more than $1.6 billion.  But Guardians of the Galaxy Vol. 3 won’t involve Gunn, if it even moves forward.

The tweets themselves were reprehensible, written when Gunn was a fringe director and self-styled online provocateur.  Accordingly, Gunn himself apologized for the material.  But that wasn’t enough, though tens of thousands are now petitioning Disney to reconsider their decision.

Of course, that’s film, but Disney has a big presence in music.  And music executives oftentimes end up at Disney.  Eric Garland, for example, ultimately fled to Disney after a contentious period at Live Nation.  And others have been operating in the music industry from Disney offices for decades.

Most executives agreed that cases like Charlie Walk and Russell Simmons are more clear-cut and deserving of obvious action.  And extreme cases like Harvey Weinstein and Roseanne were unequivocally deemed unconscionable.  But Amato, Portnow, and Gunn seem to be regarded as grayer cases, at least among the half-dozen or so execs we’ve spoken with.

Others have reported imposing strict rules around dealing with staffers and colleagues.

Apparently, the rules are becoming ‘very, very different’ in workplace environments, and they have been for some time.  But situations surrounding Amato, Portnow, and Gunn seem to be refocusing efforts to strictly impose newer codes of conduct.

For example, we keep hearing that any type of physical contact is now strictly off-limits in certain companies. That includes anything from a hug to a pat on the back, with even handshakes off limits (at least according to one account).  Same goes for compliments about anything outside of the work at hand.

Beyond that, off-key jokes or even attempts at humor are often scratched.  But even straying into non-PC territory is deemed hazardous.  Sources pointed to the recent firing of Paramount TV executive Amy Powell as an example of a situation in which comments can be misconstrued — and essentially bury a career.

Other activities, including career mentoring, appear to be taking a serious hit, also for fear of reprisals.  “It’s a shame to me, but mentor relationships are probably over, at least in a bulk of the cases,” one attorney shared.

Sadly, many male executives also reportedly growing wary of even hiring women executives, especially attractive younger women, for fear of being branded in the wrong way.

That introduces a strange type of discrimination, and one first hinted at by industry attorney Dina LaPolt.

And many also expressed reservations about having meetings alone with anyone — male or female —  even if the subject is a dry, routine business matter. Off-campus lunches and other meeting spots are frequently nixed.

Others seem to be questioning the gig itself, particularly at bigger corporations like major labels and Disney.  Part of the problem is that contentious situations or relationships can easily be misinterpreted.  And all it takes is one misplaced accusation to effectively bury a career — with the company or the media playing judge, jury, and executioner.

But even worse, have sexual misconduct and racism allegations become a new weapon to destroy a career?

Perhaps most shocking was the revelation that some executives feel that they could be targeted by enemies, with old tweets and off-key remarks suddenly powerful daggers.  Indeed, Gunn was outright targeted by alt-right Pizzagate/Infowars figure Mike Cernovich, specifically because of Gunn’s anti-Trump stance.  Of course, this involved serious digging into past tweets, not to mention a now-defunct personal blog.

But intra-industry attacks are also bubbling.  That includes one executive was says he was attacked on a ‘patently ridiculous’ sexual impropriety charge from ‘maybe ten years ago,’ and says the issue was likely leveled by a longtime business foe.  “It’s business, you’re going to have enemies.  But now it’s like you can be taken out — even if you didn’t do anything.”