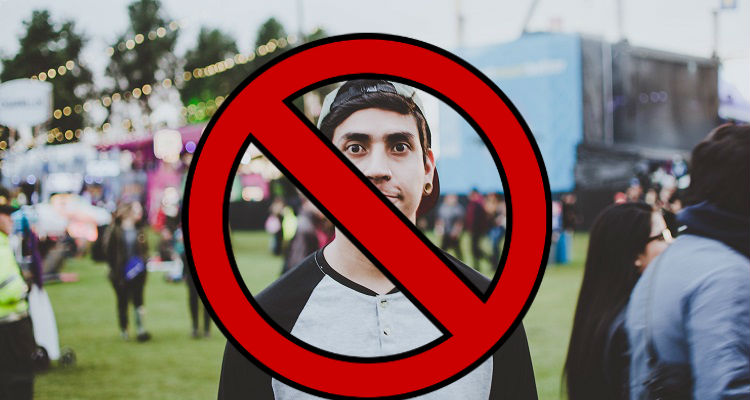 Despite a government investigation into the first all-female music festival, Statement Festival founder Emma Knyckare vows to push on.

Sweden has a major sexual assault problem at music festivals.  To be honest, so do most countries.

Two years ago, Swedish police opened an investigation into two major music festivals after receiving forty reports of rape and groping.  Authorities had interrogated seven suspects – six ‘migrants’ – for assaulting twelve women and young girls at Bravalla and thirty-two at Putte i Parken.

Bravalla Festival organizers vowed to crack down on sexual assault at this year’s event.  They didn’t.

After receiving eleven reports of sexual assault, the Bravalla Festival shut down for good.  FKP Scorpio, the festival’s organizers, blamed male behavior at the popular event.

“Words cannot describe how incredibly sad we are about this.  We most seriously regret and condemn this.”

In response, comedian Emma Knyckare had an idea – why not create an all-female music festival?  The event, dubbed the Statement Festival, vowed to become “the world’s first major music festival for women, non-binary and transgender only.”  Knyckare said it would provide a “safe space” for female festivalgoers.

Now, Knyckare and the Statement Festival have come under fire from a Swedish government agency.

Is it sexual discrimination if you only want to protect women?

Equality Ombudsman (Diskrimineringsombudsmannen – DO for short), a federal agency tasked with supervising laws related to discrimination, has opened an investigation into the Statement Festival.

Under the country’s Discrimination Act passed in 2009, a person, company, or organization can’t discriminate against individuals based on gender, ethnicity, religion, disability, age, or sexual orientation.  DO is now checking whether the Statement Festival is “compatible with the prohibition of discrimination related to sex.”

In a statement, the government agency said,

“This means, among other things, that we are contacting the organizers of the festival and asking them a number of questions about the information we have received that ‘cis men’ (people born male at birth) are not welcome.  Then, a legal assessment will be made based on the Discrimination Act.”

“It’s well known that there are serious problems with sexual assault and abuse at music festivals, and that actions are needed to make sure all visitors feel safe.  But, it’s important that these measures do not violate the Discrimination Act.”

He added that regardless of Knyckare’s intentions, Statement still has to follow the law.

“[Statement’s] completely shutting out potential visitors based on their gender means that there is reason for us, as a regulatory authority, to check whether they comply with the rules.”

On Kulturnyheterna, a cultural news program, Knyckare fought back against the government’s claims.  Admitting she has sought legal advice, the comedian said,

“You can [discriminate] at a private party, or through a society like men already have, like a gentleman’s club.”

Knyckare added that despite the investigation, she’ll “push on anyway and deal with the consequences.”

The Statement Festival is scheduled to take place at Gothenburg on August 31st to September 1st.