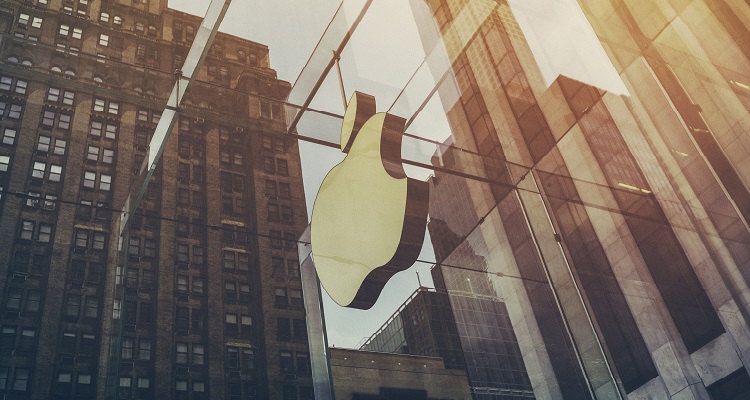 Several years ago, Chicago unveiled a harsh tax on its citizens.

Without consulting the public, city officials imposed a reinterpretation of Chicago’s existing amusement tax.  The city would now apply a 9% surcharge for the ‘privilege’ of using streaming internet services.

Dubbed by critics as the Netflix tax,’ a judge later upheld the city’s arbitrary tax, allowing Chicago to apply the surcharge “upon the patrons of every amusement within the city.”  Prior to July 1st, 2015, the Amusement Tax had applied only to paid television programming.

The arbitrary tax has gone mostly unopposed for the past few years.  Now, one company has filed a legal challenge.  And, it has the money to take the city to bat.

In a complaint filed Monday at the Circuit Court of Cook County, Illinois, Apple made several strong complaints against the city of Chicago.

According to the multinational tech company, the city and its Comptroller, Erin Keane, have knowingly violated the US and Illinois constitutions.  With the ‘unprecedented’ imposition of the Amusement Tax, both parties have also violated the Internet Tax Freedom Act (ITFA).

The Amusement Tax, Apple argues, negatively impacts its customers.  Calling it “illegal and discriminatory,” the company declares it aims to protect Chicago consumers.

The IFTA, the company continues, doesn’t stipulate the creation or enforcement of Chicago’s amusement tax.

“If Apple does not collect the tax from its customers, it will be directly liable for a tax that the city of Chicago has no power to impose or authority to enforce.”

After all, the city doesn’t charge consumers the tax for purchasing CDs and DVDs at physical stores.  So why does Chicago have the authority to charge streaming services, especially those operating outside the city?

Arguing that its consumers enjoy music both inside and outside of the city, Apple also noted that it provides electronic services from servers that reside outside of Chicago.

Through the reinterpretation of the Amusement Tax, Apple argues, the city has overreached its authority.

Most of  Apple’s consumers in Chicago enjoy streaming music outside of the city.  Yet, Chicago still forcibly collects the tax on all usage.  Currently, the city started drawing an extra $12 million a year once it re-interpreted the Amusement Tax.

Apple has listed four causes of action, requesting a declaratory judgment and permanent injunction against the Amusement Tax.

Signed in 1998, the IFTA prohibits state and local governments from imposing a discriminatory tax on electronic commerce.

As interpreted and applied by Erin Keane, the Amusement Tax imposes a discriminatory tax.

The measure charges for music delivered electronically to paying customers with residential and business addresses in the city.  Yet, Chicago doesn’t apply this surcharge to “the privilege of listening to music on automatic amusement devices” within the city.

Second, the Amusement Tax violates the Illinois Constitution as it has an extraterritorial effect.

Under Illinois law, all home-rule ordinances must fall within the limits of the unit.  So, a “home-rule unit” – in this case, Chicago – “may exercise any power and perform any function pertaining to its government and affairs.”

There’s just one problem.  Chicago city officials have imposed the Amusement Tax on citizens streaming music when outside the ‘home-rule unit.’

The Illinois Constitution prohibits such actions.  Yet, Chicago continues tacking on the 9% surcharge each month just because consumers live or operate their businesses there.  Because of this, Chicago city officials have overstepped their boundaries through the reinterpretation of the Amusement Tax.

By creating an “extraterritorial effect,” the company argues, the city has “subjected Apple to collection requirements even for activities that take place primarily outside” Chicago.  In addition, the city has extraterritorially expanded its taxing and regulatory jurisdiction to transaction and business activities outside of Chicago.

Third, the Amusement Tax violates the Commerce Clause of the United States Constitution.

The Commerce Clause of the Constitution states Congress has the power to regulate commerce among states.

State and local taxes satisfy the Commerce Clause only when they’re fairly apportioned, are applied to an activity with a substantial nexus in the taxing state, don’t discriminate against interstate commerce, and are fairly related to the services provided by the State.

As the Amusement Tax still charges Chicago consumers when streaming outside the city, it violates the Commerce Clause.  Because of this, Apple argues a transactional nexus between the city and taxed services simply doesn’t exist.  As it’s not fairly apportioned, and not directly related to services provided by Chicago, the Amusement Tax is illegal.

Fourth, the Amusement Tax violates the Federal Due Process Clause.

The Due Process Clause of the 14th Amendment declares states can’t “deprive any person of life, liberty, or property without due process of law.”

A definite link or a minimum connection must exist between a jurisdiction and the person, property, or transaction it wants to tax.  A rational relationship must also exist between the tax and the values connected with the taxing jurisdiction.

The Amusement Tax doesn’t only tax Chicago residents and businesses when outside the city.  It also imposes surcharges on companies that exist and operate outside the city.  Thus, Chicago lawmakers have violated the Due Process of the 14th Amendment.

You can read the legal complaint below.