Warner Music Exec: ‘The Business of Physical Music Is Quite Strong. We Have No Intention of Walking Away from This Business’ 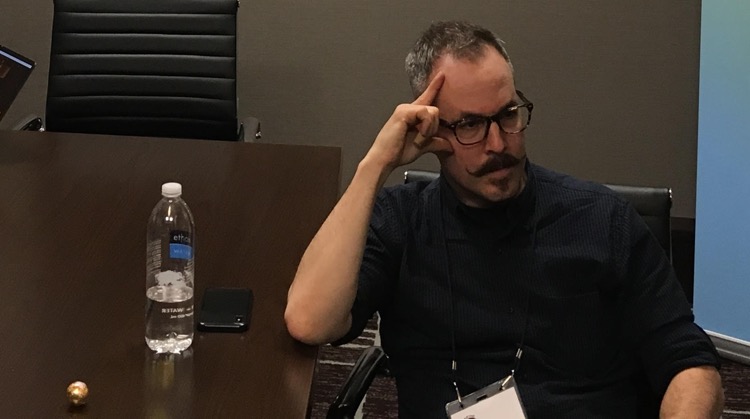 Vinyl records are still growing fast, and CDs may not be tanking as badly as we think.  Warner Music Group is committed to all of it.

The resurgence of vinyl records is obviously causing labels to reconsider the format.  But for at least one major label, CDs aren’t being abandoned quite yet, with physical formats overall getting a second look.

At the Making Vinyl conference in Detroit last week, Warner Music Group executive Billy Fields reaffirmed his company’s commitment to physical discs, both of the vinyl and CD variety.

Fields is Vice President of Sales and Account Management for WEA, which was once the physical distribution bulwark for the major label.  These days, WEA is described as an ‘artist and label services’ group for WMG.  But that still includes physical distribution, with Fields routinely fielding customer issues on precious WMG vinyl releases.

Of course, the presence of an exec from a major label at a fledgling vinyl records conference was encouraging to attendees.  Accordingly, execs dedicated to riding vinyl’s second wave were curious about WMG’s position on physical formats.

During a panel focused on vinyl record standards and quality, moderator Eric Astor of Furnace Record Pressing asked Fields about WMG’s position on physical.  Here’s how it went down.

Astor: So, Billy I’m going to pick on you one more time.  So, obviously, quality costs money, it requires commitment from everyone to justify investing in equipment and people.  And I’ve heard some rumblings about majors, some large indies that just want to get rid of physical altogether.   So maybe you can speak to Warner’s commitment to the format over the long term.”

Fields: “Okay, so, I’m saying all this because it’s coming out of my mouth.  If I’m not here next year, then I can’t stand by anything that I’m saying.  Just to be clear.

“We are having a great time making records, it’s a huge business for us around the globe, it’s not a little bit of money anymore.  And we intend to be in this business long term.

“We think that as the market continues to be challenging, it just means it’s opening and going in new places — that we want to put records.  So not just Vinyl Me, Please and Reverb LP that were in here before talking about their model[s].  Not just the strength that’s happening in the dot-com space and I’m not speaking about Amazon specifically, but all the other levels of dot-com.

“What’s happening with independent retail, they’re not closing across the globe.  They’re opening.  There are more and more opportunities and places for us to put these goods.

“CDs are challenged in a very different way, and I’m just going to talk about that for one second.  Because I do want to dispel the myths about how bad CDs have performed year-over-year.  That’s an RIAA number about shipments, it’s not about scans at retail.  Scans at retail are actually inline with how they’ve been over the last few years.

“So the business of selling music physically is quite strong, we have no intention of walking away from that business.

“Again, the guy who runs the company might make a different decision on January 1st, and then I’m retired.  I don’t know.  But today, I’m working on projects through Record Store Day, I’m working on trying to line that up now. Let’s make more great records and trying to do that every time we can.”