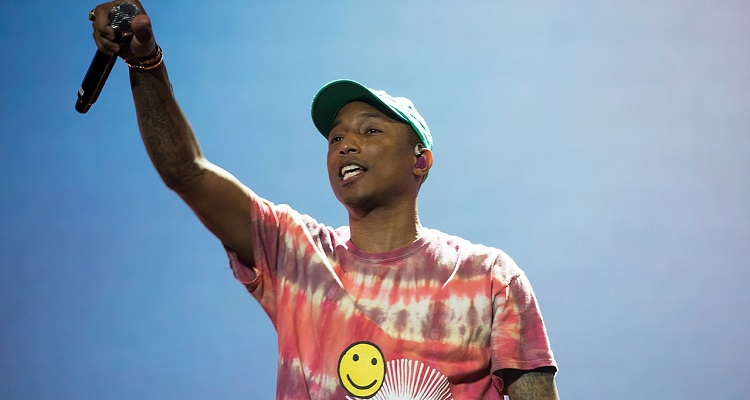 At an Indiana rally just hours after the fatal mass shooting at a synagogue in Pittsburgh, President Donald Trump played ‘Happy.’  Now, clearly upset, Pharrell Williams has sent a cease-and-desist letter to the Commander-in-Chief.

A letter from the singer’s lawyer, Howard King, reads,

“Pharrell has not, and will not, grant you permission to publicly perform or otherwise broadcast or disseminate any of his music.”

Branding the American President as ‘insensitive’ for playing the song on the day of the tragic shooting, the letter continued,

“On the day of the mass murder of 11 human beings at the hands of a deranged ‘nationalist’, you played his song ‘Happy’ to a crowd at a political event in Indiana.  There was nothing ‘happy’ about the tragedy inflicted upon our country on Saturday and no permission was granted for your use of this song for this purpose.”

Calling the domestic terror attack “an anti-Semitic act” at the Indiana event, Trump condemned the shooting.

“We just don’t seem to learn from the past.”

“You can’t allow them to dominate what we do.  So, I’ll go [to Pittsburgh].  Not that I want to go, but I think that I actually, in reverse, have an obligation to go.”

However, Williams and his lawyer ignored the President’s comments.

Should the President fail to heed Williams’ warning, King warned the continued use of ‘Happy’ could lead to a lawsuit.  The R&B singer would sue for copyright infringement and a trademark violation.

Of course, it was unlikely Trump actually selected the song.  The event was organized by the National FFA Organization, which likely chose ‘Happy’ to keep people in high spirits.  Campaigns and venues usually obtain public performance licenses from PROs, including ASCAP and BMI.

The R&B singer joins a growing list of musicians who have called on the American President to stop using their works.  Neil Young, Sting, The Rolling Stones, Queen, Adele, and Elton John have demanded Trump stop using their popular songs.

Most recently, Steven Tyler slammed the President for using a song from Aerosmith.

“Mr. Trump is creating the false impression that our client has given his consent for the use of his music, and even that he endorses the presidency of Mr. Trump.”