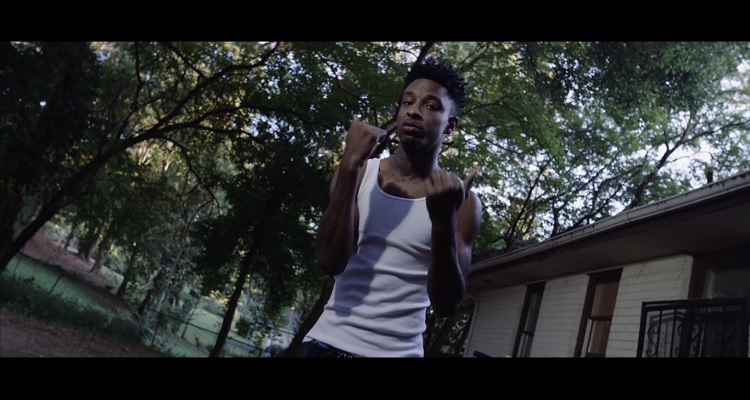 “We been gettin’ that Jewish money, everything is Kosher (On God).”

The song describes the rapper – real name Shayaa Bin Abraham-Joseph – holding an AK 47 and shooting out of his car.  In classic rap style, 21 Savage also describes stealing cars, smoking drugs, shooting at cops, and sleeping with another man’s wife.

The title, a reference to ‘autonomous sensory meridian response,’ describes a euphoric feeling when someone hears a quiet sound.

“I actually thought it was a compliment…”

LeBron James regularly enjoys “great music” in his car.  So, after listening to 21 Savage’s ‘asmr,’ he posted the controversial lyrics on Instagram.

This sparked an investigation by the National Basketball League, fearing fans may be offended by the post.

According to SBNation’s Alex Kirshner,  James actively promoted Jewish stereotypes with the post.

“The association with Jews and money goes back to at least the Middle Ages and has had dire consequences all over the world.  It played a key role in Nazi propaganda leading up to the Holocaust, when Hitler sought to portray Jews as leeches sucking up the German state’s resources as they infringed on the country’s racial purity.  Visit any Holocaust museum, and you’ll see 1920s and ‘30s propaganda like this poster, which depicted Jews as rich people “pulling the wires” on the rest of society.”

Issuing an apology, the basketball star told ESPN why he posted the controversial lyrics on Instagram.

“Apologies, for sure, if I offended anyone.  That’s not why I chose to share that lyric.  I always [post lyrics].  That’s what I do.  I ride in my car, I listen to great music, and that was the byproduct of it.  So, I actually thought it was a compliment, and obviously, it wasn’t through the lens of a lot of people.  My apologies.  It definitely was not the intent, obviously, to hurt anybody.”

Abraham-James also issued an apology for the lyrics.

“The Jewish people I know are very wise with their money so that’s why I said we been getting Jewish money I never thought anyone would take offense I’m sorry if I offended everybody never my intention I love all people.”