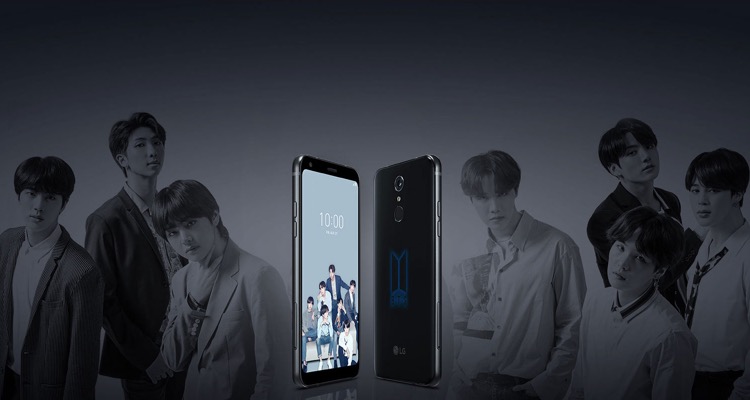 BTS is putting their ultra-successful merchandising strategy into overdrive.

LG announced the Q7+ BTS Edition (Q617QA) last September for South Korea, but it’s finally making its way to the United States. The device is up for pre-order on Amazon for $379.99 and ships within the next few months.

The Q7+ BTS Edition is only compatible with carriers AT&T and T-Mobile.  And yes, fans will actually switch carriers just to have this phone in their hands.

The Q7+ BTS is designed to appeal to the BTS ARMY, the group’s die-hard fanbase.

Basically, these guys buy everything, including a $380 phone with a bunch of BTS stuff pre-loaded onto it.

The Q7+ BTS includes a handful of special BTS wallpapers and themes that can be set to rotate daily or hourly.  The phone ships with themes that are unique to each of the seven members, but must be downloaded from LG Smartworld.

Fans can choose to be woken up by their favorite member of the band with BTS Wake-Up and Goodnight calls.

A member of the band will call you at the designated time as the alarm.  The Q7+ BTS Edition also features exclusive BTS emoji to send to friends.

Also included are some BTS voice ringtones in English.  Finally, the phone features a Connect to BTS folder that links to the band’s social media accounts and website. 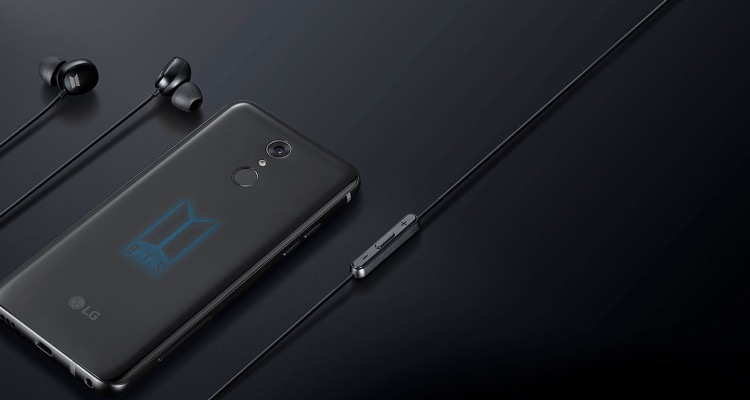 The BTS logo features prominently on the back of the phone, the charger, and earbuds included with the device.

As far as specs go, the LG Q7+ BTS Edition has a 5.5-inch screen powered by a Snapdragon 450 processor.  The device features 64GB of onboard storage and aluminum construction.  The front camera also includes BTS stickers to allow the user to take pictures with their favorite BTS member.

We’ve seen fan edition phones released before, so the idea of promotion is nothing new.  But this one is tightly tailored to K-pop fans. It’s available for $380 in just a few weeks, and we’re expecting a very quick sellout once ARMY fans in the United States can grab it.