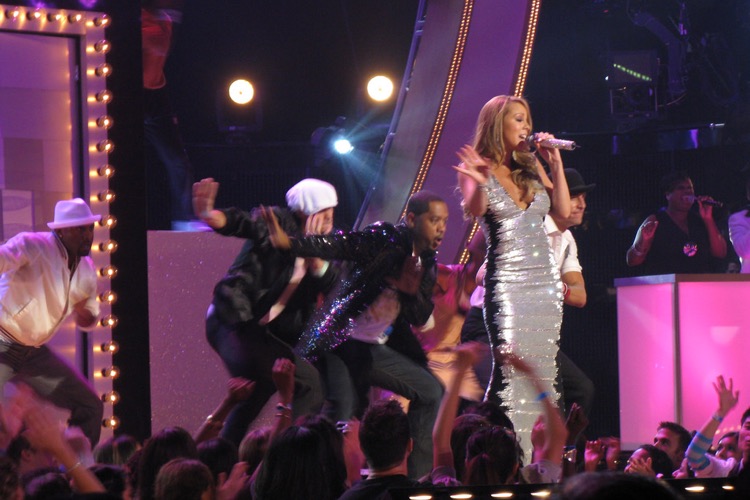 Mariah Carey is facing pressure from activists to cancel her upcoming performance in Saudi Arabia.

Carey joins a long list of celebrities who have been asked to boycott the country over its human rights violations.

Back in December, Enrique Iglesias, Jason DeRulo, OneRepublic and David Guetta faced scrutiny over their scheduled appearances in the country.  But money seemed to talk much louder.

Mariah Carey will participate in her first concert in Saudi Arabia on January 31st.  The line-up for the concert also includes DJ Tiesto and Sean Paul. Activists from the CODEPINK organization created a petition in an attempt to put pressure on the concert’s performers.

According to Bloomberg, Mariah Carey’s appearance in the country would be the highest-profile Western female singer performance in the Kingdom.

CODEPINK asked Carey not to “artwash” Riyadh and asked her to cancel her show by describing conditions for most women within Saudi Arabia.

“Though women in Saudi Arabia have recently gained the right to drive, the kingdom has since arrested, imprisoned, and tortured a number of the brave women who campaigned for women to drive. And under the oppressive male guardianship system, women in Saudi Arabia need permission from a male to travel, study, obtain a passport, marry, and engage in other life events.”

Several prominent figures responded to the news of her performance by asking her on social media to opt out.

Dear @MariahCarey, I hear you’re planning on performing in #Saudi Arabia: are you aware that women’s rights activists have been detained without charge since May 2018 & tortured at the orders of Crown Prince Mohamed Bin Salman? https://t.co/NqbRBlYpR4

Activists are also invoking the memory of the murdered journalist Jamal Khashoggi in their pleas with the singer.

The petition created by CODEPINK has garnered around 2,800 signatures at the time of writing.

The backlash against the Black Eyed Peas and associated performances reached a fever pitch in November. Despite the uproar, the group performed in Riyadh as planned without any interruptions to the show.