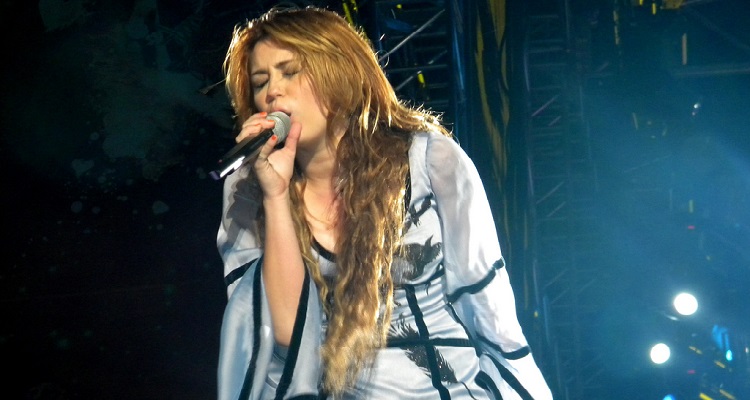 He claims that the female pop singer stole a single lyric from his 1988 track, ‘We Run Things.’

Flourgon had several Jamaican hit singles in the late 1980s and 1990s.  He remains an active performer today.

That single lyric may potentially cost female pop singer up to $300 million in damages for copyright infringement.  May also named Cyrus’ label, Sony Music, her manager, Larry Rudolph, and the singer’s team of songwriters in the lawsuit.

Now, a judge has ruled against Cyrus’ motion to dismiss Flourgon’s case.

We Can’t Stop…this lawsuit just yet.

In a recommendation filed by US Magistrate Judge Robert W. Lerhburger, it was noted that the court requires a “more developed record” to address May’s copyright infringement and fair use claims.

Cyrus and her legal team had initially argued that the court should dismiss the lawsuit.  She had merely used a common Jamaican phrase in her song – “Wi run tings. Tings nuh run wi.”

“Defendants’ arguments to a large extent are predicated on an incorrect assumption that the phrase is a trivial adaptation of a well-known, pre-existing Jamaican saying.

“While that ultimately may prove to be true, the court cannot make that determination on this motion.”

Flourgon’s track originally gained popularity shortly after release.  However, he hadn’t registered his song until 2017.  Cyrus released ‘We Can’t Stop’ in 2013.

Cyrus had argued the phrase remains subject to fair use under the Copyright Act.  Judge Lerhburger stated this argument remains fundamentally flawed.

“These materials may well confirm defendants’ contention.  But this is a matter to be explored in discovery and ultimately considered on summary judgment.”

Calling her argument an ‘overreach,’ he added that Cyrus can’t simply claim that the Jamaican phrase isn’t protected by copyright.  At this stage of the lawsuit, it remains too early for the pop singer to claim fair use.  Yet, “[the] fair use factors taken as a whole … strongly favor a finding of fair use.”

“As with the infringement issues identified above, further development of the record is required for an ultimate determination.”

Concluding his recommendation, Judge Lerhburger stated that the court must grant one of Cyrus’ motions.  The court should limit the damages Flourgon has sought.

You can view his recommendation below.