Should You Spend $300 on Earplugs? A Review of the Etymotic Music Pro Electronic Earplugs 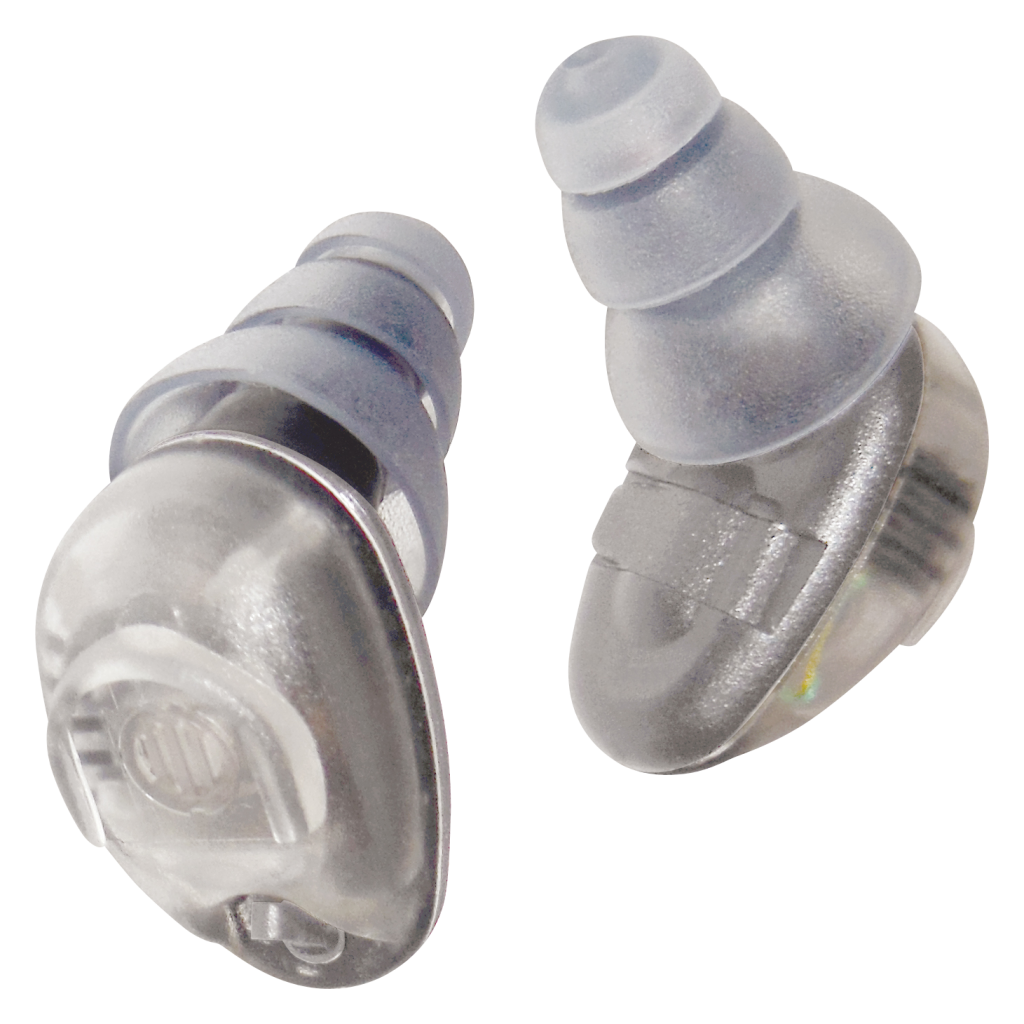 Ever wonder if it’s worth it to spend $300 smackeroonies on hearing protection for the loud things you may attend? Well, I had the opportunity to try out a pair of super-premium earplugs, so “look no further”!

My History With Etymotic and Hearing Protection

I have always really liked the brand Etymotic. Their ER6i headphones were the first purchase I made towards higher fidelity audio. Those headphones were stolen, but once I started attending local concerts frequently back in Minneapolis, I would never be seen without my ‘Ety plugs’ earplugs. I would order several pairs at a time so I could give them away to people I knew would use them at various local concerts. 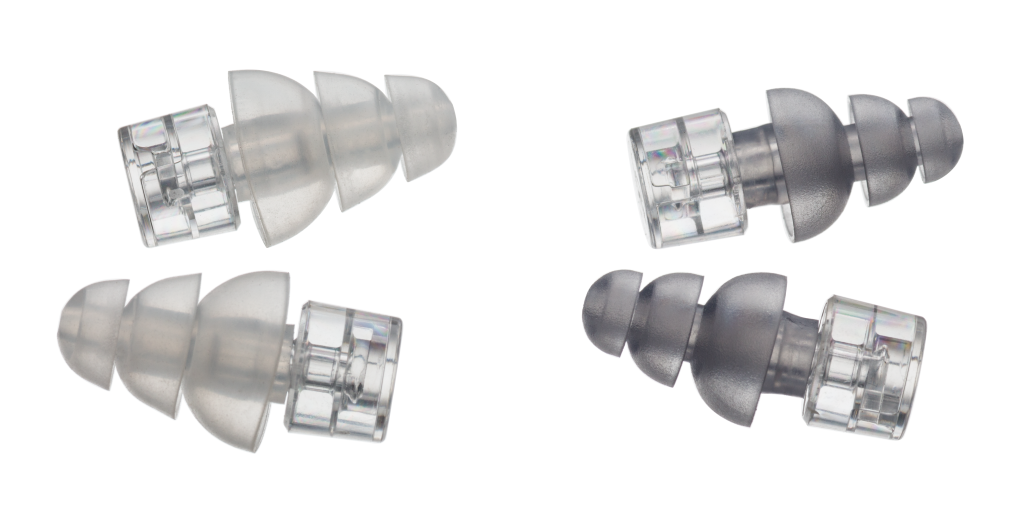 So I was really excited when Etymotic reached out and asked me if I would be interested in trying their super-premium Music Pro Electronic Earplugs!

I Would Have Tried Them Earlier, But…

The Elton John Farewell Yellow Brick Road concert was my first time getting to really test these in a way that I felt I could write about it. Having known about their existence and being genuinely curious, I was really excited to get to try them! However, the only chance I had to try them before was in some dome in Downtown LA.

There, a really questionable Pink Floyd cover band was performing (or maybe they were fighting with the sound guy for 90 minutes) to repetitive graphics that were being projected onto the walls and ceiling of the dome. The sound there was so awful that I didn’t consider it to be a fair opportunity to review these earplugs.

Full disclosure, I didn’t  have to pay for the earplugs (usually $300). Etymotic sent them to me in exchange for the review. I greatly appreciate getting to try them, especially because I don’t know if I ever would have tried them on my own dollar.

But, Man, These Things Are Awesome!

First, I think that any hearing protection during loud events is smart. It doesn’t have to be a super premium product like this one. But if you love live music and you will get a lot of use out of these, I think you will be really happy with them!

The Music Pros have a little switch that is difficult to access when they are in your ears.  The switch controls how much volume reduction you will get from your surroundings. I didn’t find that tremendously useful, so I kept them on the weaker setting. I think that this could be more useful if you are closer to a speaker or maybe using them for your own live music performance. 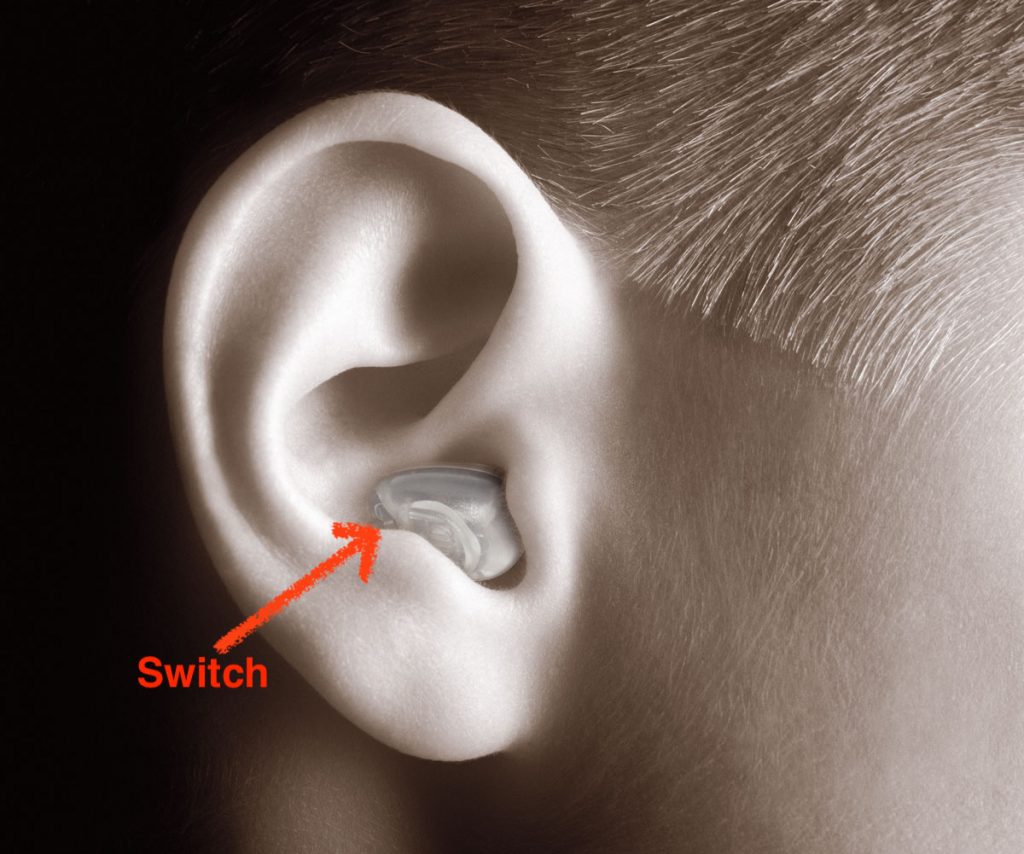 This shows how the switch is hard to access when in ear. Also, I feel like this pic is slightly uncanny… Maybe it’s the dude’s sideburns being so straight or that his ear looks to pale. I don’t know.

They also come with a really nice hard case, which you can purchase separately for under $7.

One thing that I dislike about the Music Pro Earplugs is the lack of an ‘off-switch’.

You have to take out the little hearing-aid batteries or they’ll drain themselves.  On top of that annoyance, the batteries themselves are tiny.  You’ll have to bring a pack of batteries with you for ongoing use.

Comparing The Different Types Of Earplugs

I also brought my ER 20 pair to the Elton John concert so I could A/B test them. Using the powered ones at home or in a quiet environment, it’s somewhat akin to using noise cancelling headphones that actively use a microphone. It’s difficult to describe, but if you have used noise cancelling headphones, it is similar but much more subtle.  In the concert setting, I started with the Music Pro earplugs and when I switched to the ER 20s, it sounded muffled by comparison.

I feel like there are three tiers of earplugs. You’ve got your foam ones that we all know (which heavily muffle treble and mids), the rubber ones like the ER 20s (which provide a more even volume reduction across frequencies), and super premium ones like the Music Pro Earplugs which seem to preserve the most detail.

Now that I have tried all three, I would say that the gradation of quality between them is consistent at each step. Meaning that if you have tried foam ones then upgraded to the rubber ones and noticed the difference, it’s an equal improvement when you go from rubber to powered.

Should You Buy Them?

That depends. How much are you comfortable spending on earplugs? How much do you think you will use them?

If you’re the type of person who lives for live music and the price tag doesn’t make you flinch, then these things are great! 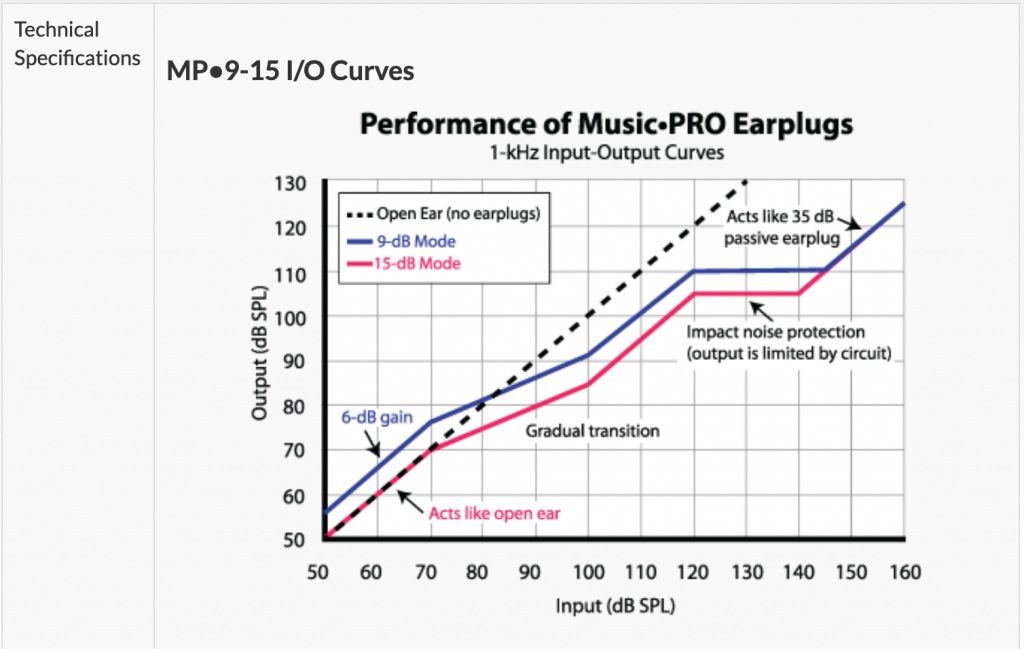 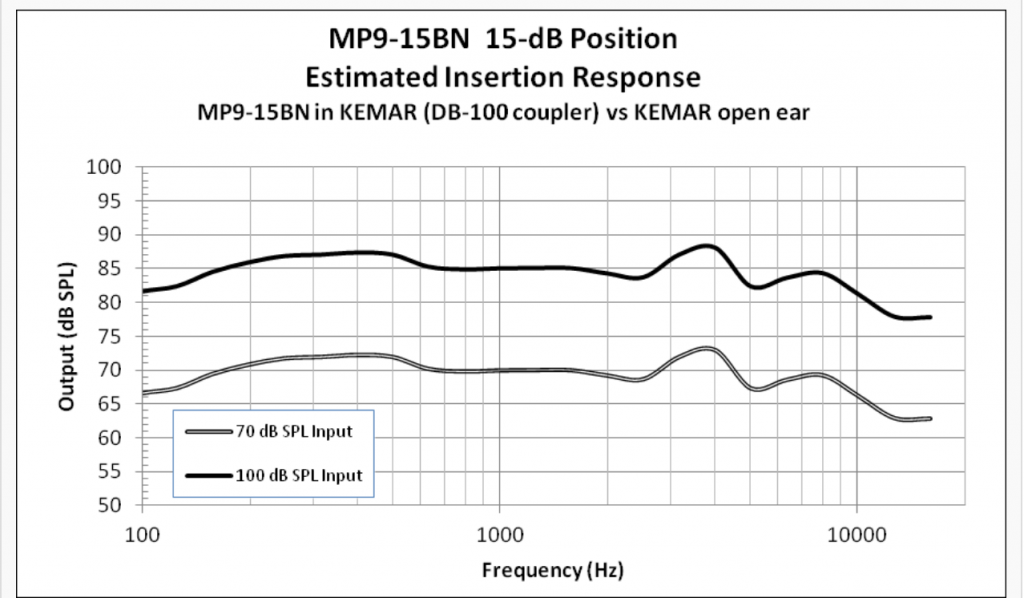 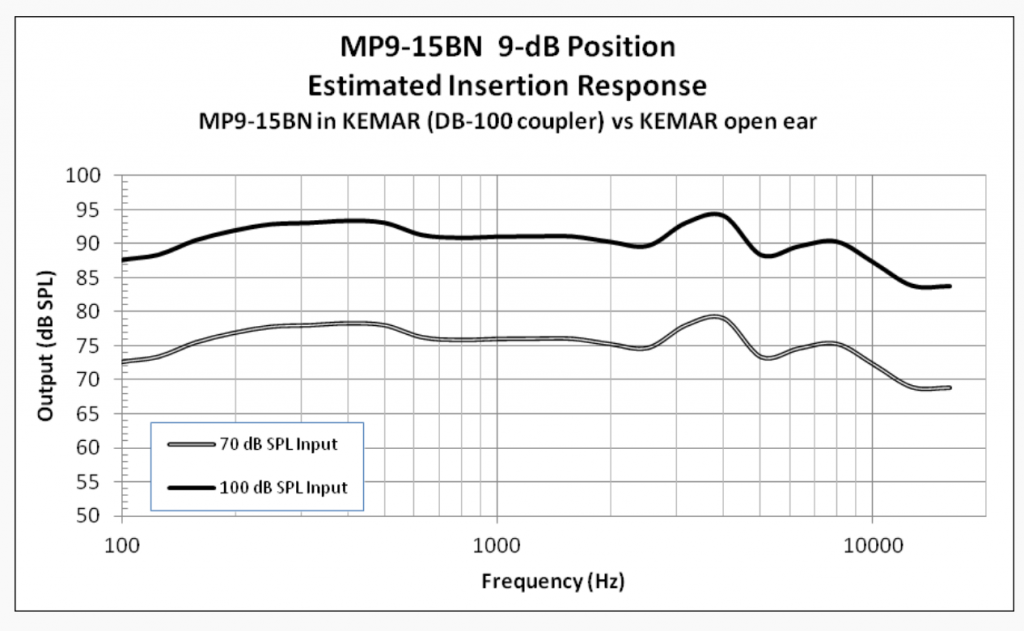 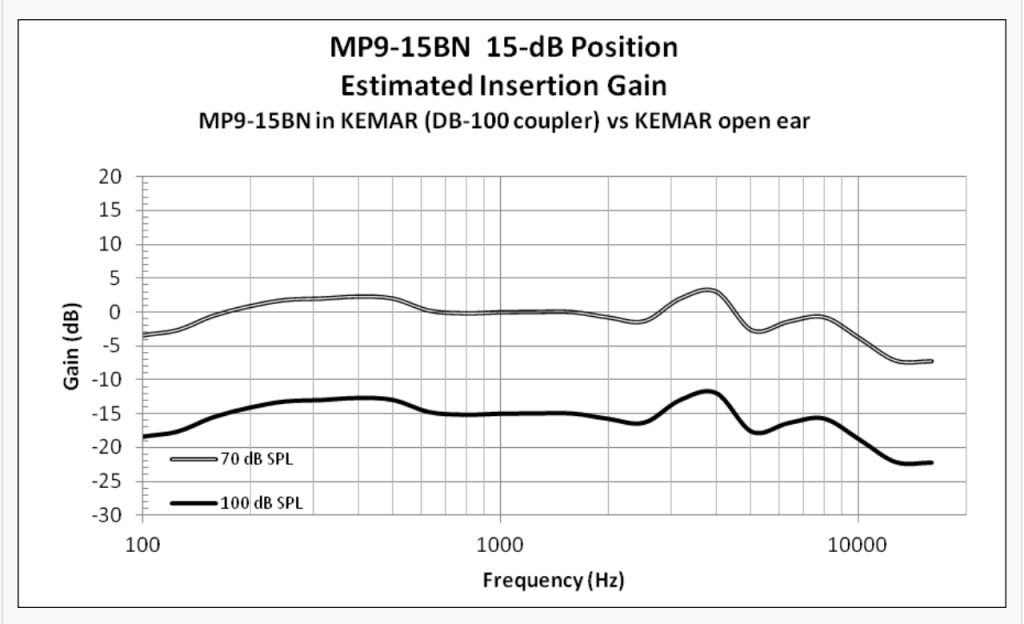 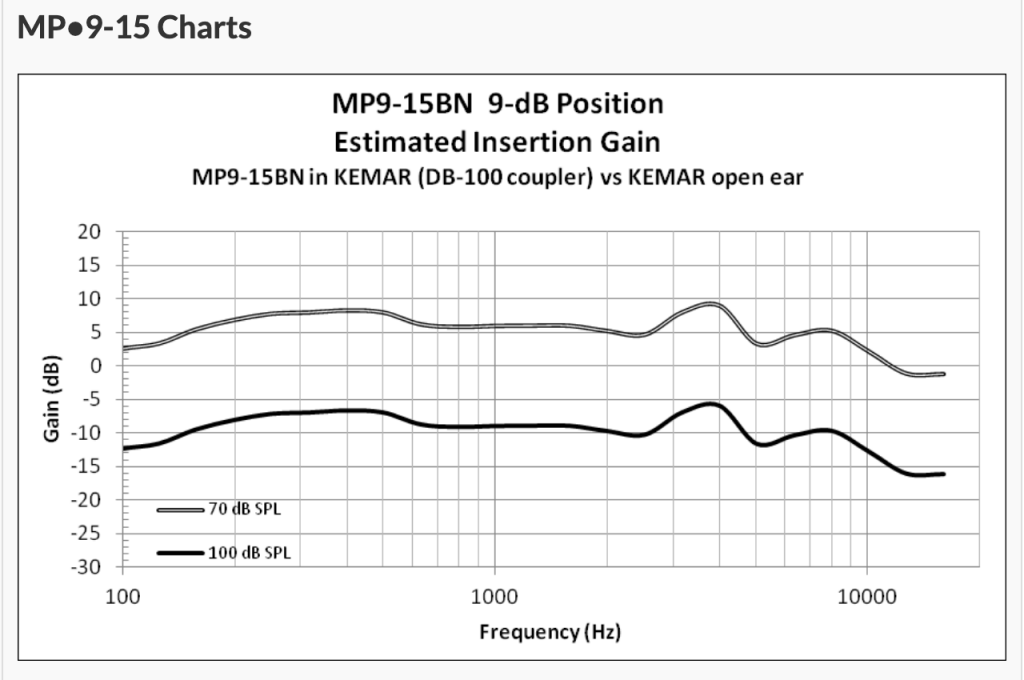