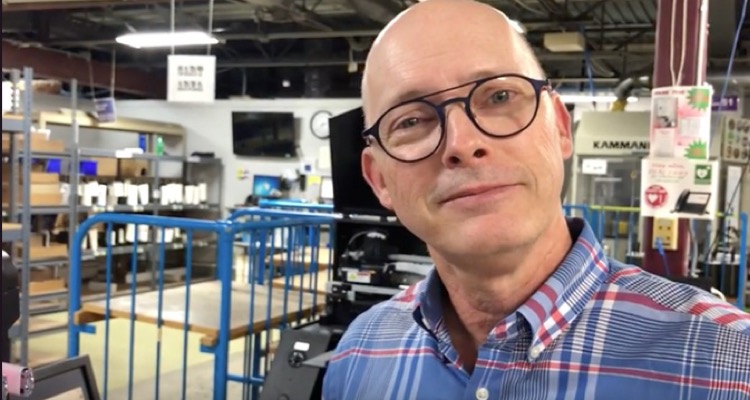 The deal also included other AVL-owned digital properties, including AdRev, DashGo and Soundrop.  What the deal didn’t include was a slew of physical production properties owned by AVL, specifically Disc Makers, BookBaby, and Merchly.

“Downtown, as a digital company, was interested only in the digital assets of AVL,” Van Veen emailed DMN.  “So I, with the rest of the exec team at Disc Makers, are buying the physical products division that includes Disc Makers, BookBaby, and Merchly.”

Van Veen & Co. will be the sole owners of the group, with no private equity ownership or outside investment.  That gives full ownership control and flexibility, which can be critical in an unpredictable space like physical media production.  “We are excited to own these leading brands outright,” Van Veen relayed.

The buyout price has not been disclosed, though there’s considerable risk involved.  For starters, CDs are in a tailspin, a situation that probably scared Downtown away.  Of course, vinyl and books are enjoying an upward spiral, with merchandise gaining more importance as touring expands.

But how stable are those ‘growth formats’? “There will always be demand for physical media,” Van Veen boldly stated.  Guess that settles that one.

Indeed, it looks like physical media like vinyl and paper books are surging precisely because of digital, not in spite of it.  The theories on this differ, though entire books have been written on the subject — available in paperback format, of course.  In general, fans seem to enjoy tangible items, which streaming and downloading decimated, while books offer a break from endless hours staring at a screen.

Incidentally, DIY Media Group is producing a lot of formats that are on their last legs — at least according to conventional wisdom.  The DIY product list includes CDs, DVDs, Blu-Ray discs, and USB cards, as well as more promising formats like vinyl records, books, e-books, and printed merch.

DIY’s headquarters will be in Pennsauken, NJ, where Disc Makers currently operates.