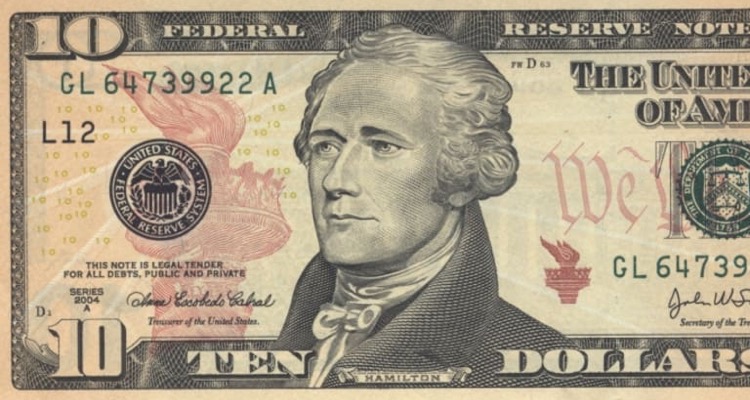 Spotify has a lot of reasons for refusing to pay increased royalties to songwriters.  But this is easily the biggest one.

In its formal filing with the U.S. Court of Appeals in Washington, D.C., Spotify outlined a number of reasons for refusing to pay songwriters more.  That included serious qualms with licensing limitations, including the exclusion of lyrics and video licenses in the Copyright Royalty Board’s decision.

Spotify also noted that terms for ‘bundles’ that included Spotify’s service weren’t included in the increase.

“We are supportive of US effective rates rising to 15% between now and 2022 provided they cover the right scope of publishing rights,” Spotify offered in a statement last month.

Spotify simply doesn’t want to pay more money — because that will negatively impact their margins and the company’s ability to reach sustained profitability.  And that means destruction on Wall Street.

Indeed, shares of SPOT might plunge if writers scored their 44% royalty increase, based on problematic financials.

Every percentage point makes a huge difference.  Spotify only went public after major labels shaved a few points off of their royalty demands, an arm-twisting that reportedly only wrestled 2-3 points back.  Despite those concessions, Spotify has still be unable to reach profitability since, though it has flirted with the possibility.

But recording labels, which easily demand more than 50% of the royalty pie, are refusing to lower their rates.

Recording labels like Universal, Warner, and Sony aren’t hamstrung by federal laws limiting their royalty rates.  They can charge whatever they want, which means publishers are left fighting for scraps through government rate-setting processes.  And labels aren’t willing to share the pie with publishers and songwriters, despite taking more of the royalty pot.

“The CRB judges set the new publishing rates by assuming that record labels would react by reducing their licensing rates, but their assumption is incorrect,” Spotify explained.

So if labels won’t budge, why not raise the price?

Factor in price-chopping deals like student plans, family plans, telco bundles, and lengthy free trials, and the average price of Spotify Premium has actually dropped dramatically over the years.

Layer in more than a decade of inflation, and Spotify’s $10-a-month price tag sinks to about $8.50 in real-dollar (US) terms.

Of course, Spotify now has nearly 100 million paying subscribers, which is roughly 99.75 million more than in 2009.

But it doesn’t look like Spotify’s about to change its monthly rates, despite continuing upticks in inflation and bigger royalty demands.

“We think $10 a month is a very, very cheap and an amazing proposition,” Spotify CEO Daniel Ek recently told the Freakonomics podcast. “But the amount of people who wake up in the morning thinking, ‘Hey, I want to like pay $10 a month for music’ isn’t as great as most people would believe.”

Ek pointed to his usual boogeymen when explaining the reasons for the resistance.  “And we believe that that is because not only did piracy exist in a big way just a few years ago, but there are all of these other sources where you can access music very cheaply. Mostly free. So you can go on radio and listen to it, but you can also go on YouTube and you can find the entire archive of music including all the bootlegs and videos and you can listen to that entirely for free. That’s what we’re competing against.”

It’s unclear whether Spotify would suffer substantial attrition if it raised its mainline subscription rate.

The answer to that question depends on the price sensitivity of Spotify subscribers.  And it’s entirely possible that a $1 increase wouldn’t have any serious impact on Spotify’s paying base.

But the idea is a no-go for Ek.

So in order to do that you can imagine then it’s a free product versus one that’s $10 a month. That’s a pretty big stretch, certainly since all of these other things may have other things like convenience — in the case of radio, works in your car, like works in all those different things. And then you know, in the case of YouTube, it’s just like it’s everything. It’s even greater than what Spotify’s library is. So that’s where we’re kind of from a competitive set wrestling with.

All of which means that Spotify is putting its margins ahead of songwriters, because Wall Street is putting margins above everything.  And without more money coming in from subscribers, Spotify is extremely unlikely to relent on its CRB appeal.