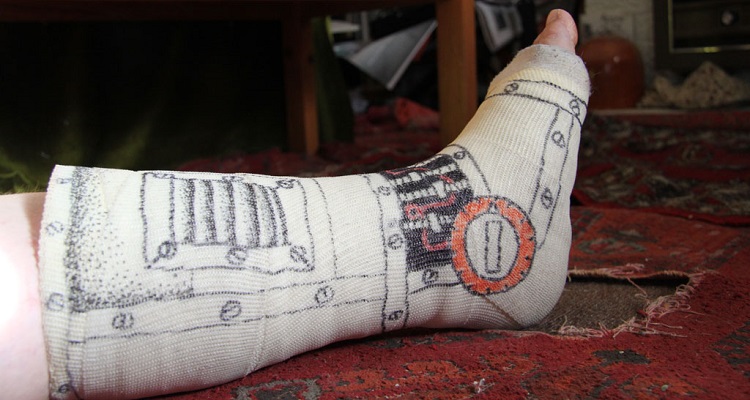 No, drunk festivalgoers can’t sue Live Nation — or any US-based venues — for breaking a bone after a heavy day of drinking.

A Michigan court of appeals has found the promoter, along with Michigan International Speedway (MIS), can’t be held liable for an intoxicated concertgoer who broke her ankle following a music event.

Three years ago, Brandi Roe and her friends attended the Faster Horses Country Music Festival.  Following an admitted ‘day of drinking’ – including heavy beer and mixed vodka –  she left the music festival at the end of the night.

Roe had followed her friend, who had gone into an adjacent “dark, wooded area to relieve himself.”  Once the unnamed companion called out her name, asking for help, she went off the well-lit pathway.  After taking two steps into the wooded area, Roe fell down a ravine into a creek bed, breaking her ankle.

In her initial lawsuit, Roe claimed Live Nation and MIS knew about the “steep drop-off” in the wooded, unlit area.  Citing an earlier case, she claimed that the landowner has the duty to protect attendees from an unreasonable risk of harm caused by a dangerous condition on the land.

This danger, Roe argued, was “open and obvious.”  Yet, both the promoter and the venue chose to ignore it.

A trial court judge disagreed.  A “reasonable person,” ruled the judge, would have foreseen the danger.  Thus, the judge dismissed the lawsuit.

Roe disagreed, appealing her case.  She stated the dangerous condition “was unavoidable” due to her companion’s cries for help.  The unguarded ravine drop-off remains “unreasonably dangerous.”

In the panel’s opinion, Roe should never have gone into the dark, wooded area.

“We conclude that an average person of ordinary intelligence would have, upon casual inspection, been able to discover and appreciate the danger and risk associated with venturing off a well-lit pathway intended for pedestrian ingress and egress in order to enter a dark, wooded area with possible varied terrain at night.”

Concluding the trial court didn’t err in its ruling, the appellate panel ruled in favor of Live Nation and Michigan International Speedway.

“A reasonable person in plaintiff’s position would have foreseen the danger, and that MIS and Live Nation were entitled to summary disposition of plaintiff’s claim.”

You can view the opinion below.

Featured image by FiDalwood (CC by 2.0).