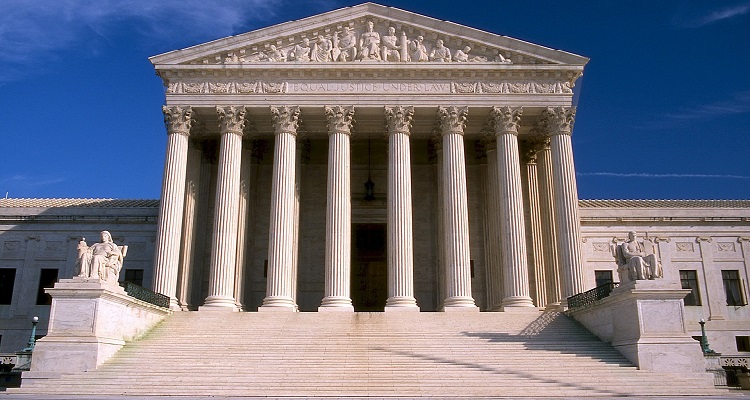 In a closely watched antitrust case, the Supreme Court has now ruled against Apple in an App Store monopoly lawsuit.

Ruling 5-4 against the Cupertino giant, the ruling allows iPhone users to take on Apple over App Store commissions.

Robert Pepper, a Chicago resident, first filed the antitrust lawsuit against the company.  Alleging that Apple has created a monopoly, he argued that Apple has forced iPhone users to purchase apps directly through the App Store.  The company also takes a 30% cut on sales of apps, games, movies, songs, and subscriptions sold on the platform.

In addition, the Cupertino giant has been accused of forcing developers to price their products ending in .99.  Pepper further argued that the company’s 30% App Store commission on sales remains an “unfair use of monopoly power.”

Yet, the Ninth Circuit Court of Appeals in San Francisco overturned the dismissal.   Apple classifies as a distributor, ruled the court, as it sells iPhone apps directly to consumers.

The Cupertino giant had argued that the Supreme Court has previously limited damages for antitrust conduct to ‘direct,’ overcharged consumers instead of ‘indirect’ victims who paid an overcharge passed onto others.  The company insisted that it only serves as an agent for developers who sell directly to consumers.

Furthermore, argued the Cupertino giant, the lawsuit could have dangerous ramifications for the e-commerce industry.  E-commerce remains a growing market in the US, reaching $452 billion in sales in 2017.  StubHub, Amazon, and eBay are among the companies who use an ‘agent-based sales model.’  Should the Supreme Court rule against Apple, people would sue these companies, leading to a “quagmire” courts seek to avoid.

Critics, including watchdog organizations, have long criticized the agent-based sales model.  Should the Supreme Court rule against consumers, they argue, “monopolistic conduct could expand unchecked.”

Rejecting Apple’s decision that only developers – and not consumers – can sue over the 30% commission, Justice Brett Kavanaugh wrote,

“Apple’s line-drawing does not make a lot of sense, other than as a way to gerrymander Apple out of this and similar lawsuits.”

The Supreme Court sided with Pepper, stating that consumers who purchase from the App Store aren’t prohibited “from suing Apple under the antitrust laws.”  At this stage of the lawsuit, however, the court doesn’t “assess the merits of the plaintiffs’ antitrust claims against Apple, nor [does it] consider any other defenses Apple might have.”  The court may ultimately send the case back to trial.

Today’s initial ruling, however, may serve as a damning legal precedent worldwide.  Currently, the Cupertino giant remains in legal hot water over the 30% commission fee in Europe.  Last week, in a case brought on by Spotify, the European Union announced a formal investigation into Apple’s business practices.

The Cupertino giant has yet to issue a statement over the ruling.

You can view the Supreme Court opinion below.