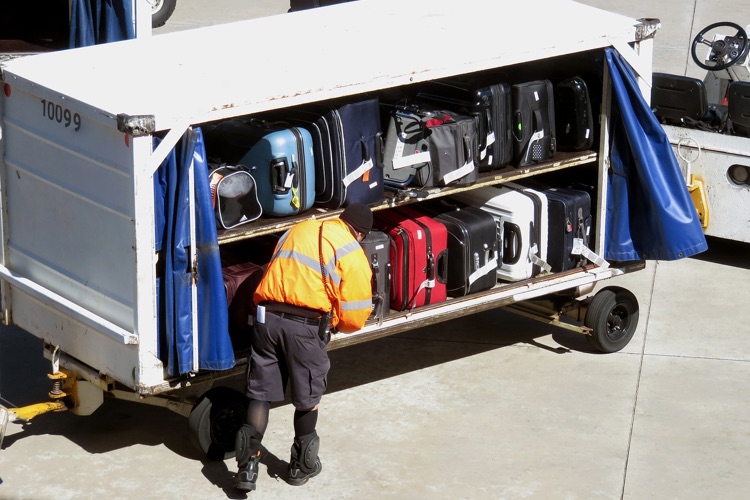 When it comes to air travel, most musicians have a healthy level of fear and trepidation.

If you’re a piccolo flute player, then you probably can’t relate.  But for most performing musicians, oversized baggage rules are just one part of a nightmarish in-air experience.

We’ve covered this matter extensively, with horror stories like this one featuring a destroyed 350 year-old viola de gamba.  Or, the famous case of United Airlines forcing a musician to check his guitar — then smashing it.

Sadly, touring is becoming the breadwinning revenue source in the streaming era, meaning that musicians are forced to weather the unfriendly skies — often with disastrous results.  In that context, this is one positive development if you’re willing to check in your instrument.

Just this morning, American Airlines emailed Digital Music News the details of their updated policy on oversized baggage.  Effective immediately, American is waiving all oversized baggage fees for music and sports equipment.  “Based on feedback from our customers and American team members, American is eliminating the charge for common oversize sports and music equipment — up to the maximum size we accept for these items,” American stated.

Passengers will still be charged for oversized bags, though only at the standard baggage rate.  American said its other oversized baggage rules still apply, include limitations on the absolute size of the luggage.  That probably excludes the largest instruments, including timpani, large tubas, and drum kits.

American said a typical scenario might look like this: a previous $150 oversized baggage charge would be automatically knocked down to the airline’s $30 standard baggage fee.

But expect lots of special exceptions and haggling for the oddly-shaped instrument.  American didn’t address mega-instruments like sousaphones, for example, though they did address some bizarrely-odd items that wouldn’t qualify.  That includes items like antlers and hang gliders, which apparently get transported on occasion.  “Due to special handling requirements, oversize items such as antlers, hang gliders, scuba tanks and kite/windsurfing items will continue to incur a flat $150 fee,” the airline warned.

Here’s the full announcement if you want to read the fine print.

This is a step in the right direction, though most musicians are fearful of checking their instruments.  In fact, many performers will reserve an extra seat just for their instrument, or take a train, bus, or car if possible.  Unfortunately, American isn’t revising any of their carry-on policies related to instruments.

That’s probably on purpose, given that there are lots of federal carry-on requirements that American Airlines — or any other major airline — don’t want you do know about.  We last delved into this matter a few years ago, and found that carrying on an instrument can be accomplished with a little research and pushiness.

Just make sure to arrive seriously early for your flight.