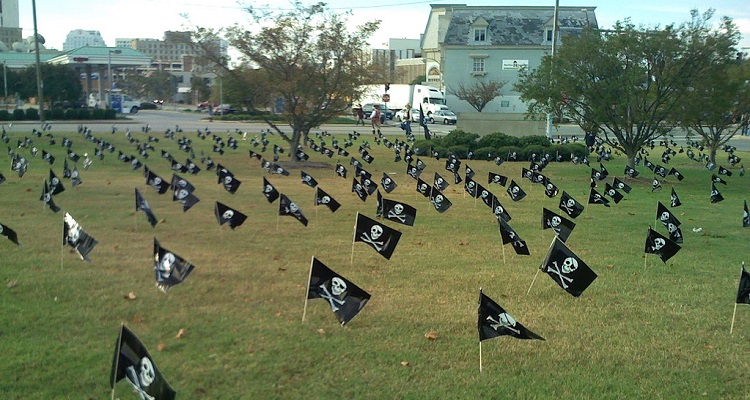 In its ongoing war against music pirate websites, the RIAA has scored a string of victories.

Over the past several weeks, the RIAA has managed to take down numerous piracy websites.

First, in mid-March, the major music industry organization shut down YouTubNow.  The YouTube stream-ripper had boasted about its “powerful service.”  Following a subpoena request at the United States District Court for the District of Columbia, YouTubNow went the way of the dodo.

Then, teaming up with the IFPI and Music Canada, the RIAA took down large-scale cyberlocker, DBRee.

“On behalf of our member record companies, IFPI, RIAA, and Music Canada identified and contacted the site operator who has now agreed to shut down the site completely and not to infringe sound recording rights in the future.”

Now, as the RIAA continues to wage war against Y2Mate and FLVTO, the organization has scored two more victories.

Following another subpoena request at the federal court in D.C., Mixstep has officially closed its doors.

Mixstep allowed DJs and music producers to upload and share their works to a broad audience.  The website admittedly had a difficult time banning users who frequently posted copyrighted works on its platform.

Once again targeting Cloudflare and NameCheap, an accredited domain registrar, the RIAA requested the personal information of Mixstep’s owner.  In the DMCA warning letter sent to Cloudflare, the music organization identified a single infringing track on the website – Ed Sheeran and Justin Bieber’s single, ‘I Don’t Care.’

“We made this project for DJs and producers.  We already banned a lot of users who uploaded illegal files.”

Lamenting the DMCA letter, the owner added the site hadn’t earned any money from advertising, unlike other pirate hubs.

“I think it’s enough to fight with all these [users uploading infringing files] so we’re going to shut down our project very soon.  Anyway, Mixstep was a no-profit project.”

In addition, giving in to pressure from the RIAA, NameCheap has suspended the domain of cyberlocker NoFile.

Just as in the DMCA letter to the registrar about Mixstep, the music organization warned,

“The website associated with this domain name offers files containing sound recordings which are owned by one or more of our member companies and have not been authorized for this kind of use.”

Whether NoFile will file an appeal against NameCheap remains to be seen.