R. Kelly’s Crisis Manager “Steps Down” After Stating He Wouldn’t Leave His 20-Year-Old Daughter “With Anyone Accused of Pedophilia” 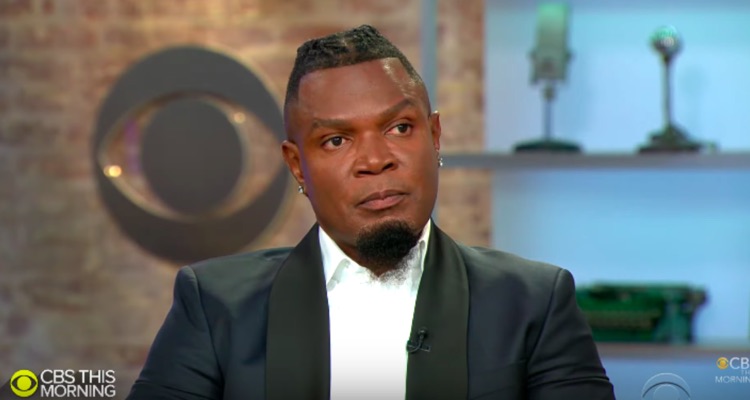 R. Kelly’s crisis manager created a crisis of his own.

Speaking with CBS This Morning yesterday, Darrell Johnson, shared some rather interesting insights about his client.  When asked by co-host Gayle King, R. Kelly’s relatively unknown crisis manager revealed that he has a 20-year-old daughter.

Pressing him about the accusations of his client, she asked,

“You have a 20-something-year-old daughter.  Would you allow her to be alone with —.”

He interrupted her immediately, saying “Absolutely not.”

This prompted an immediate rebuke from Johnson, who replied,

“I would not leave my daughter with anyone who’s accused of pedophilia.”

When asked once more about leaving his young girl alone with the embattled R&B singer, he immediately said,

“I would not leave my daughter with anyone that’s accused of being a pedophile.  I would not.“

No, that’s not what I meant to say.

After King pressed Johnson about the contradiction of serving a client accused of pedophilia, he repeated the same statement.

“I wouldn’t leave my daughter with anyone — I’m going to say it again — that’s accused of being a pedophile.“

As stated earlier, this cost him his job.

Retracting his statements with USA Today, Johnson said he would allow his daughter to visit Kelly.

“I should’ve worded it better.  [I meant to say] I would leave my daughter with Kelly because I don’t believe he’s a pedophile.“

Shortly after speaking with the media publication, Johnson confirmed he will no longer work with the embattled R&B singer.

In PR speak, this means his viral ‘pedophile’ comments led to his firing.

In the interview with Gayle King yesterday, Johnson stated Kelly remains in custody, but is not “doing well.”

Asked if the beleaguered singer remains under suicide watch, he said,

” I would assume that he is … Nobody wants to be locked down 24 hours, no TV.  He can’t read and write, so he can’t read a book.  It’s almost as if he’s already been — a jury has convicted him.

“When you’re in the state of mind Mr. Kelly’s in right now, any person, including myself and you, would probably want the authorities to be cautious of what has taken place.“