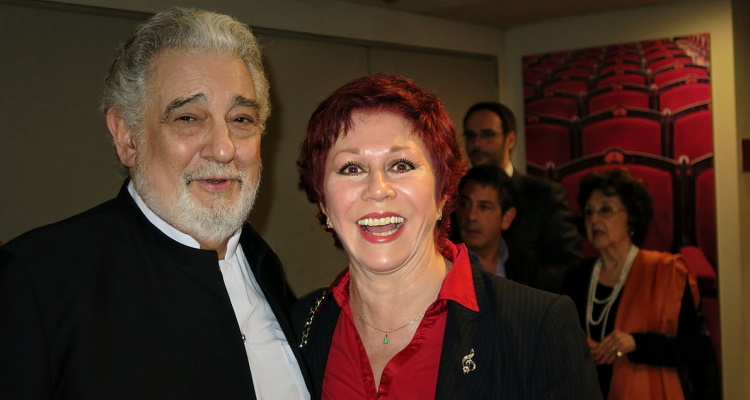 At least nine different women have accused opera superstar and IFPI Chairman Placido Domingo of sexual assault.  The IFPI has promised an investigation.

Domingo is a prolific conductor and the current director of the Los Angeles Opera. He is often regarded as one of the greatest opera singers of all time. Perhaps most famously in the mainstream consciousness, Domingo was one-third of the operatic singing group The Three Tenors, alongside Jose Carreras and Luciano Pavarotti.

The 78-year-old opera singer still attracts sell-out crowds to his shows around the globe. He has performed over 4,000 times in 150 different roles, more than any opera singer in history.

Now, Domingo’s legacy is under attack.  At least eight singers and one dancer have confirmed they were sexually harassed by Domingo, with the accusations emerging this morning.  The encounters allegedly took place over three decades, beginning in the late 1980s. Many of the women worked at venues that included opera companies where he held managerial positions.

Domingo was named Chairman of the IFPI in 2011, a move designed to boost the prestige of the global recording trade group.  Now, the IFPI has promised a full investigation in the matter.

One woman described Domingo as “always touching you in some way, and always kissing you.”

AP also reports that in addition to the nine accusers, a half-dozen other women reported suggestive overtures. These women say Domingo made them feel uncomfortable, including one woman who said he repeatedly asked her out on dates after hiring her.

In addition to these allegations from accusers, AP says it spoke to almost three dozen other people. Singers, dancers, orchestra musicians, voice teachers, and an administrator all confirmed they had seen Domingo exhibit inappropriate behavior towards women. Many described him as pursuing younger women with impunity.

Domingo did not respond to detailed questions from AP concerning specific incidents. However, the opera singer did issue a blanket statement.

“The allegations from these unnamed individuals dating back as many as thirty years are deeply troubling, and as presented, inaccurate.

“Still, it is painful to hear that I may have upset anyone or made them feel uncomfortable — no matter how long ago and despite my best intentions. I believed that all of my interactions and relationships were always welcomed and consensual. People who know me or who have worked with me know that I am not someone who would intentionally harm, offend, or embarrass anyone.

“However, I recognize that the rules and standards by which we are — and should be — measured against today are very different than they were in the past. I am blessed and privileged to have had a more than 50-year career in opera and will hold myself to the highest standards.”

The Los Angeles Opera has said they will hire outside counsel to investigate the allegations made against Domingo. Domingo has served as the general director of the LA Opera since 2003.