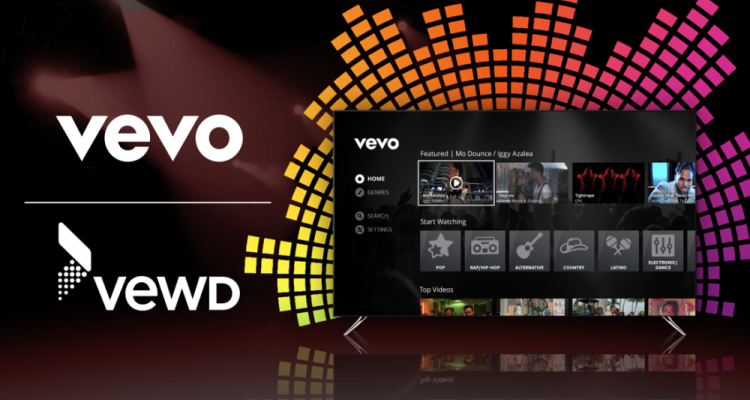 The new partnership will bring VEVO to the forefront on a variety of devices. TiVo DVR and certain smart TVs from Sony, Hisense, and Philips will be supported. The two companies struck a global distribution deal for VEVO content in North America, Europe, Latin America, and Asia Pacific.

VEVO is hoping the new deal will attract millions of listeners (and viewers) for its videos. These videos will be live on Vewd-powered devices in September.

“With the tremendous scale afforded by Vewd’s far-reaching network of television partners, Vevo will have the opportunity to tap into important and growing markets, bringing some of the most sought-after content to new audiences and creating value for our artists, songwriters, labels and publishing partners.”

The partnership is a marked turn in VEVO’s approach to new technology.

Previously, the company worked to develop its own set of apps for mobile devices and streaming platforms. Those apps have been abandoned in favor of optimizing the platform’s presence on YouTube. But that doesn’t mean VEVO cut out smart TV distribution.

Accordingly, VEVO wants to focus on syndicating and curating its content while outsourcing app development. It’s a more cost-effective approach for music video distribution. And let’s face it, instant access to over 350 million devices is a compelling user base.

Vewd is based in Oslo, Norway and has worked with several hardware companies. The company offers app management and distribution to help reduce costs and increase monetization. That leaves content creators and owners to focus on delivering quality content. Vewd calls itself “the world’s largest connected TV ecosystem.”