Siri Thinks Bob Dylan Has Been Dead for 11 Years 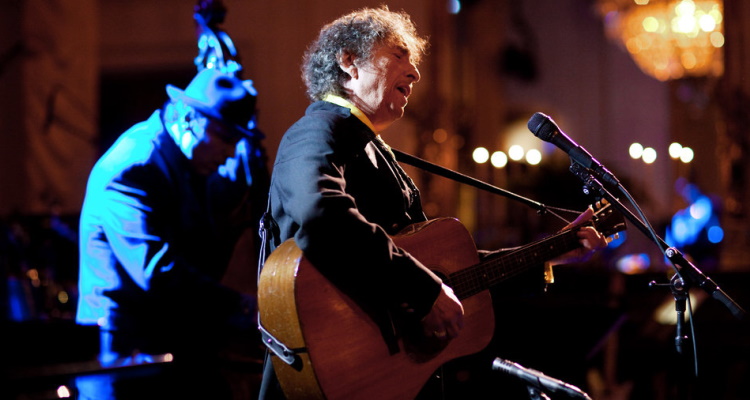 A glitch is causing Apple’s Siri to report singer Bob Dylan as deceased.

Asking Siri how old Bob Dylan is prompted a response that the singer passed away on April 24th, 2008. The only problem is that the 78-year-old singer is very much alive and starting a new nationwide tour. He’s also releasing a new installment of his Bootleg Series, with never-before-heard cuts of his work with Johnny Cash. 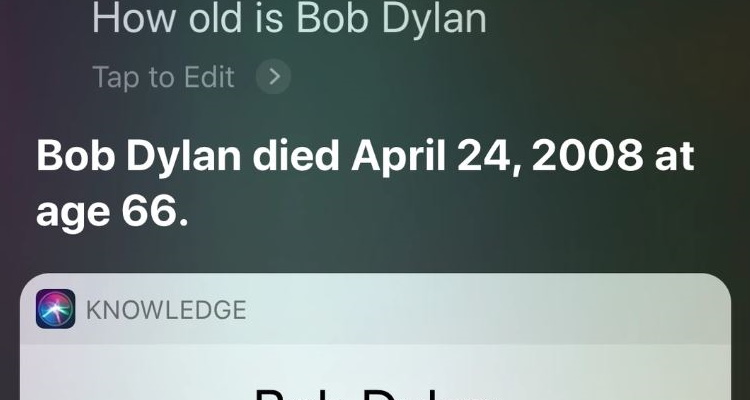 Siri reported Dylan died at the age of 66 back in 2008. The glitch was fixed shortly after several news stories began circulating the error. Dylan has toured the country plenty of times since April 2008, so it’s not like the AI was fed erroneous information. It wouldn’t be the first time Siri declared a celeb dead before their time.

Back in 2017, the digital assistant reported to fans that John Travolta was dead. The algorithm-driven assistant also reported that comic legend Stan Lee had died on July 2018, months before he actually passed away.

Apple has swiftly fixed the bug that led to the error, but the incident raises plenty of questions.

Top among them: should we be relying on algorithms to dish out factual data? Dylan won the Nobel Prize for literature in 2016, well after his Siri-reported death. Dylan skipped that ceremony, citing prior commitments. He also released a studio album ⁠— Triplicate ⁠— in 2017.

Thankfully fans who attend his upcoming tour don’t have to worry about a hologram performance ruining the show.

He’ll be kicking off his tour in Irvine, CA starting October 11th. The tour will end on November 21st in Philadelphia, PA. Tickets are on sale now for 28 dates across the United States. Quite the list of accomplishments for a dead man to achieve posthumously, Siri.

Also Read:  Musician Seeking 'Good Publicity' Shouts 'I Have Coronavirus!' on a Plane