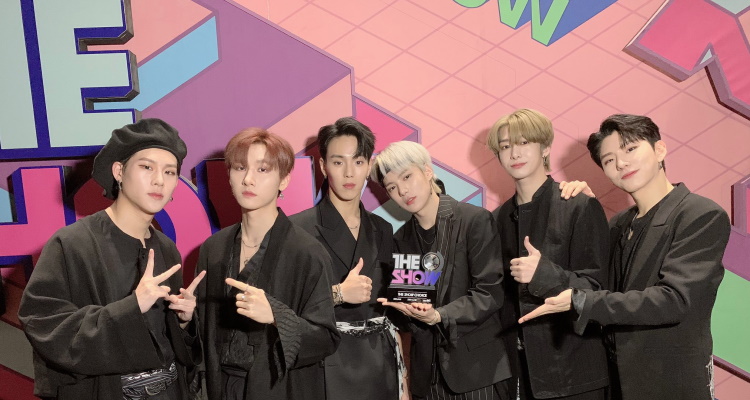 Monsta X is now a group of six following the departure of Wonho. The group won their most recent appearance on The Show with the song, “Follow.”

26-year-old Wonho left the group last week, confirming the news in a handwritten letter. Fans were upset about his exit, throwing together $25,000 to buy an NYC Times Square ad. The ploy wasn’t enough to bring Wonho back into the fold, though.

The K-pop group has made their first appearance on The Show without their former bandmate. The group thanked their fandom ⁠⁠— collectively known as the Monbebes ⁠— for sticking with them. They promised to ‘rise back up after a fall.’

Many fans are still upset that Wonho left, though. They are sharing their displeasure on social media, saying Monsta X will always be a group of seven.

Wonho left the group amid allegations that he smoked marijuana and owed money. South Korean TV personality Jung Da-eun posted on social media to ask Wonho when he would pay her back ⁠— along with a host of other allegations.

Starship Entertainment rejected those claims but did reveal that Wonho may have been a troubled youth. A rep claims that he was incarcerated in a youth detention center in the past for theft. Wonho himself apologized in a handwritten note for what he called immature behavior in his youth.

Although I have some immature moments and faults, I tried hard not to become ashamed of myself after I debuted as an idol trainee.

I am announcing that I am leaving MONSTA X today. I am apologetic for causing harm to the members due to the unfortunate issues related to me. More than anything, I am sorry for disappointing my fans, who believed in me.

Fans have been encouraging towards Wonho and his rehabilitation efforts, though it looks like the Monbebes will have to continue on without him.