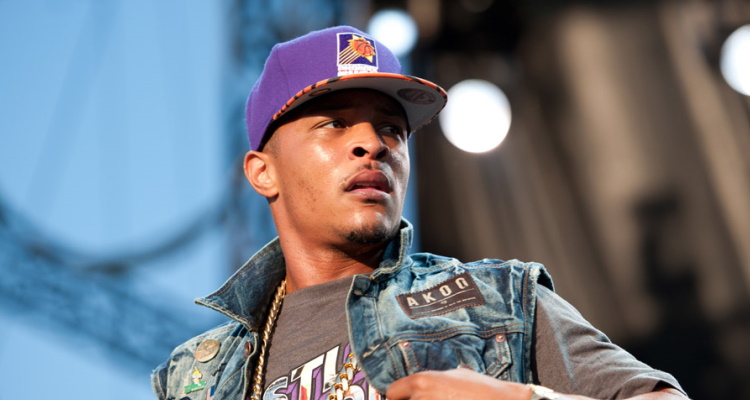 Podcasts are a great way to share content with fans, but they’re also a great way to ruin your career. Rapper T.I. overshared some info about his 18 year-old daughter that’s caused an uproar.

Update: Since the outrage over this particular episode has built online, the ladies behind the podcast have pulled the episode. They apologized for the content and their handling of the situation as it unfolded. The original story is as follows.

On his most recent appearance of the “Ladies Like Us” podcast, he spoke about his parenting skills. When discussing having “the sex talk” with his daughter, things got a little… weird. Remember, his daughter Deyjah Harris is an 18-year-old adult and just started college.

“Right after her birthday, we celebrate, then usually like a day after the party, she’s enjoying the gifts. I put a sticky note on the door: tomorrow ⁠— 9:30.”

T.I. says he started annual trips to the gynecologist when she was 16. Those trips are to “check her hymen” to make sure it is still intact. Some people believe a woman’s hymen is an indicator of her status as a virgin ⁠— that’s been medically debunked for years.

The doctor who sees her has tried to adhere to HIPAA laws and has even informed the rapper he’s kinda crazy. T.I. describes how the doctor tried to tell him a girl’s hymen may tear while riding a bike, horseback riding, or even playing softball.

Just… wow on that one, T.I. No wonder you’ve been silent since the episode released.

For what it’s worth, his daughter seems to agree with the rest of the internet. She has liked several tweets criticizing her father’s actions.

Both liked tweets described her father’s behavior as “disgusting, possessive, and controlling.” (Yep, sounds about right.) Deyjah probably dreads her birthdays considering the circumstances. She’s an adult and no 18-year-old woman should be subjected to ‘virginity checks’ from her father.