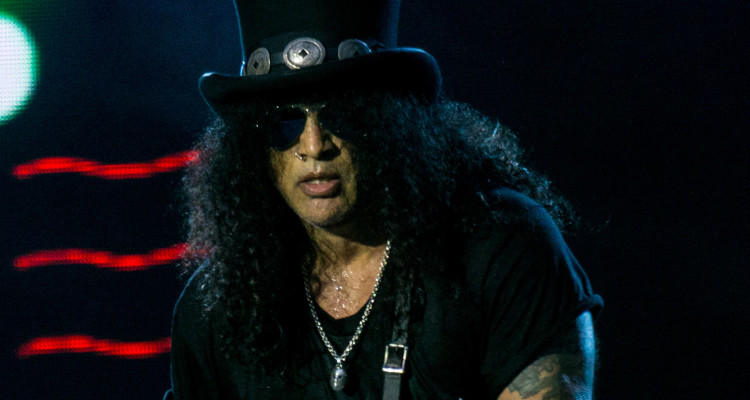 In the interview, which was transcribed by Alternative Nation, Slash — whose real name is Saul Hudson — said, “This is a longer story than we have time for, but the whole streaming thing — if you remember in the late 90s, early millennium or whenever it was, when everyone was doing the file sharing thing, the internet basically killed the music industry. So now we’ve basically come out of it with these streaming services, but they don’t pay anywhere near the royalties that buying a CD or record pays.”

He went on to say that music streaming has “definitely hurt the music business in a big way. It’s easier for the customers, but it’s definitely not doing any favors for the actual artists.”

Slash also discussed during the interview how he found singer Myles Kennedy to front his band the Conspirators.

He added that Kennedy sang on his first solo record and was so amazing that “we ended up doing two songs on that record. Then I was like, ‘I have to do a tour to support this record, and I can’t bring all of these different singers on the road with me, would you like to do it?’ Because I knew that he had the type of range that he could do all of that different material, and then also Velvet Revolver, Guns N’ Roses, and Snakepit songs.”