Pusha T Is Opening a Ramen Bar in Washington, DC 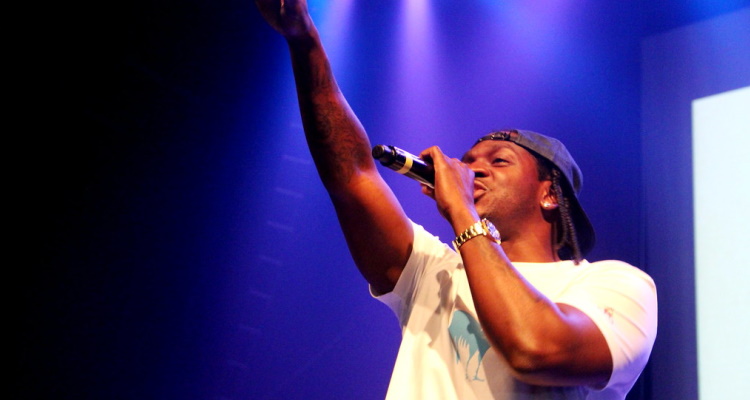 Rapper Pusha T has announced that, in partnership with two local nightclub owners, he was opening a ramen bar in the nation’s capital.

Called Kitsuen — which means “smoke” in Japanese — the bar will also offer cocktails and hookah, with the latter available in the upstairs lounge and on the outdoor heated patio. The place will open New Year’s Eve in Washington’s trendy Atlas District, which is located in the city’s once-troubled Northeast section.

In addition to the two club owners — Wayne Johnson and Tony Perry — the rapper’s business partner Terrion Jones will be involved in the project, along with entrepreneur Kyle Eubanks and NBA players Jerian and Jerami Grant.

The restaurant has been in the planning stages for at least a year and a half. Long before the rapper came aboard, it was set to open in the fall of 2018.

While the restaurant was originally going to have a dress code, the owners have since scrapped that idea. It is said that they will serve three types of ramen: shoyu and miso, as well as karaage, a type topped with Japanese fried chicken.

Earlier this year, Pusha T posted an image of the eatery on Instagram, with the caption: “If you know you know”.

The caption happens to also be the name of one of the rapper’s songs.

While Pusha T was born in New York City, he grew up in Virginia Beach, which is not far from Washington. He initially rose to fame as one-half of the hip-hop duo Clipse, along with his brother No Malice.

In November of 2015, Kayne West appointed him the president of GOOD Music, which is a role that he still serves.

The rapper made news a few months ago when he publicly threatened those who leaked his song “Successes & Nightmares” on SoundCloud.