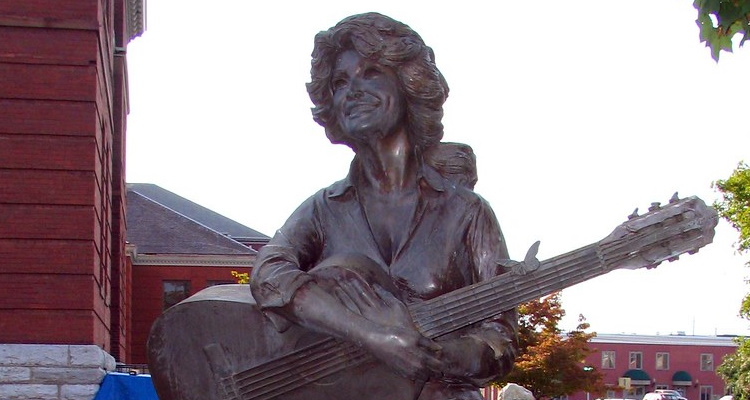 Tennessee State Representative Jeremy Faison wants to replace a bust of the KKK’s founder that currently sits in the state’s capitol building. He’s calling for the statue to be removed and replaced with a Dolly Parton statue — an idea that faces stiff resistance from other lawmakers.

A bust of Confederate General Nathan Bedford Forrest graces the halls of the Tennessee state capitol. Forrest was a slave trader and one of the first members of the Ku Klux Klan.

Speaking in an interview with The Tennessean newspaper, Faison suggested Dolly Parton or state suffragette Anne Dallas Dudley as replacements. Sounds like a good idea, though Faison’s efforts to get the racist statue replaced faces several hurdles.

At this stage, the replacement effort is repeatedly getting blocked.  The Capitol Commission that oversees the building has already voted against removing it once. Current governor Bill Lee, a Republican, wants to keep the bust where it is. He says he will consider adding an ‘additional historical context’ to the statue. Lee recently signed a law back in July commemorating Nathan Bedford Forrest Day.

Faison says he believes a person like Forrest should not be honored in the state capitol. “Hitler has earned his place in history, but they don’t put monuments of him in Germany anymore,” he said.

A petition for the governor to remove the bust has reached 50,000 signatures in the state. If any action is the be taken, the Capitol Commission and the Tennessee Historical Commission would need to vote again. No such resolution has been introduced yet.

Dolly Parton is arguably one of the most influential stars from Tennessee. Dollywood and her illustrious influence on country music have sealed Parton as a Tennessee GOAT. It would better serve the people of the state to see a current figure who has achieved success that can be enjoyed by all.

Faison’s own position is proof that minds can be changed. When the first vote on the bust happened, he was in favor of keeping the statue in the capitol building. After delving into the ideology espoused by Forrest, he now believes the statue would be better suited in a museum.