Apollo Masters: ‘We Are Uncertain of Our Future at This Point’ 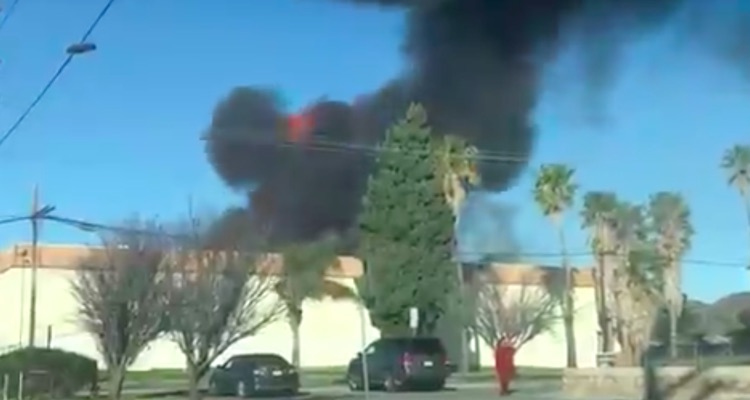 First responders arrived on the scene at about eight o’clock in the morning, and it took a total of 75 firefighters more than two and one-half hours to extinguish the blaze.

Because the facility used a multitude of potentially hazardous chemicals, a hazmat crew also provided assistance. Concerns pertaining to the range of chemicals prompted the hazmat team to issue an evacuation notice to all residents who lived or worked within a 3,000-foot perimeter of the structure. Those beyond this limit but still nearby were encouraged to remain indoors.

Most roads have been reopened, and environmental professionals have said that chemical damage has been contained. Still, a protective fence is being installed around the former warehouse, which was destroyed in the fire. With any luck, Banning—home to just under 30,000 residents, according to the 2010 census—will experience a return to relative normality in the coming days.

The same cannot be said of Apollo Masters—one of two companies in the world known to create lacquer, which is all but required to press vinyl masters. (Direct-metal mastering is a comparatively expensive alternative to using lacquer, and the only other lacquer producer, MDC, is based out of Japan.)

Apollo published a statement acknowledging the “devastating fire” and the “catastrophic damage” it created. The company also confirmed that its employees are safe (multiple workers had been inside the facility when the fire broke out), that its future is “uncertain,” and that the support from customers and vinyl fans has been appreciated.

Vinyl sales are at their highest point in years, and it’s unclear how the industry will proceed without Apollo. Some are anticipating an imminent disruption to vinyl manufacturing.

At the time of writing, authorities hadn’t publicly revealed the fire’s possible causes.

Here’s the full statement from Apollo:

To all of wonderful customers. It is with great sadness we report the Apollo Masters manufacturing and storage facility had a devastating fire and suffered catastrophic damage. The best news is all of our employees are safe. We are uncertain of our future at this point and are evaluating options as we try to work through this difficult time. Thank you for all of the support over the years and the notes of encouragement and support we have received from you all.