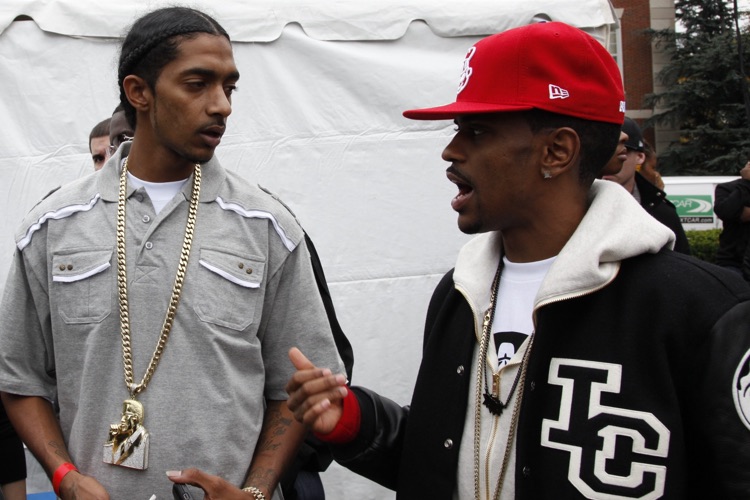 Netflix is reportedly close to edging out Apple and Amazon for the rights to Ava DuVernay’s long-awaited Nipsey Hussle documentary.

However, at the time of writing, the deal hadn’t been made official, as was widely reported. Instead, Hussle’s Marathon Films released a statement to Digital Music News that said, “No final deal has been inked. We are currently in negotiations with Netflix for this project with Ava DuVernay.”

If the agreement is closed, the ultra-popular film and television streaming service will reportedly pay between $13 and $19 million for the currently untitled movie, though a specific figure hasn’t been publicly disclosed. Netflix also bankrolled Ava DuVernay’s 2016 documentary, 13th, as well as her four-part drama series, When They See Us, which debuted in May 2019.

The film’s expected release window hasn’t been provided, but Roc Nation, Marathon Films, and Hussle’s two children will be involved with production.

Nipsey Hussle passed away on March 31st, 2019, as a result of gunshot wounds he sustained in a confrontation with Eric Holder, a 29-year-old Los Angeles native.

The fatal episode unfolded outside Hussle’s South Los Angeles store, Marathon Clothing; he and Holder had exchanged words earlier in the day, and authorities reported that Holder had been motivated by some sort of personal dispute.

Ava DuVernay was previously set to direct a Netflix biopic about Prince, but she left the project due to creative differences. The director, writer, and producer has something of a full plate at the moment. She hosts The Essentials on Turner Classic Movies, is writing (and will direct) a DC film, and has written and directed a new series for Oprah Winfrey’s television network; Cherish the Day’s first episode is set to air today.

Nipsey Hussle’s first and final studio album, Victory Lap, was released on February 16th, 2018. The album was nominated for Best Rap Album at the 61st Grammy Awards and was subsequently certified platinum by the RIAA.