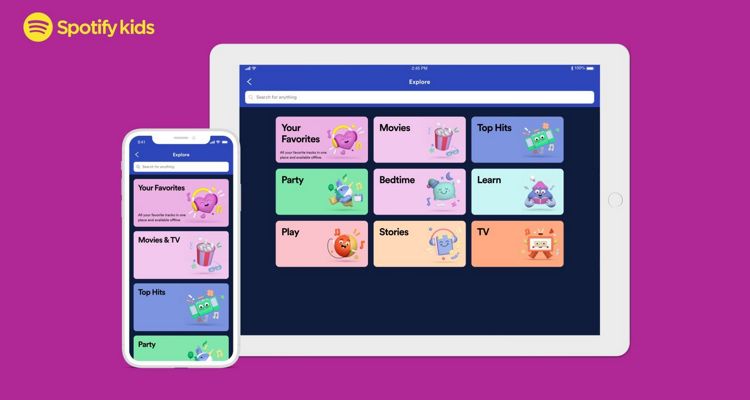 Spotify is ready to expand its standalone Kids app globally to Family Plan subscribers. A short beta in the UK and Australia is up first.

Spotify chose Safer Internet Day to announce the new app beta in the UK and Australia. Anyone with a Spotify Premium Family subscription can now download and use the standalone app. The Spotify Kids app is available on both iOS and Android.

The interface gives kids access to an ad-free experience with age-appropriate music. Parents can select between audio for younger kids or older kids.

Spotify says once the beta in the UK and Australia is complete, a global rollout will follow.

We first learned about the Spotify Kids app when it launched last year exclusive to Ireland. The new app helps make Spotify family plans more attractive to actual families, rather than friends abusing the system. Spotify has been cracking down on this practice by requiring check-ins at the residence listed as ‘home.’

Spotify says it reserves the right to ask for re-verification at any time, and anyone who fails to do so could see their service suspended. Those who repeatedly abuse the family plan feature could see the service terminated altogether.

The Spotify Kids app features a hand-picked list of playlists across multiple categories. Categories like Movies & TV, Top Hits, Spotify Originals, and more are featured. All of the playlists in the kids’ app receive curation by actual humans before going live.

That means kids won’t run into situations where a playlist generates inappropriate content by association.

YouTube faced controversy after its algorithm began recommending videos featuring blood and gore and explicit themes to children. The YouTube Kids app received a massive backlash after the disturbing themes showed up. It also prompted YouTube to completely change how it approaches recommendations for kids and monetizing kid-focused content.

Spotify’s human curators work from a set of guidelines to determine what is appropriate for kids. Content moderators of these playlists have backgrounds in well-known children’s brands like Disney, Discovery Kids, and Nickelodeon.