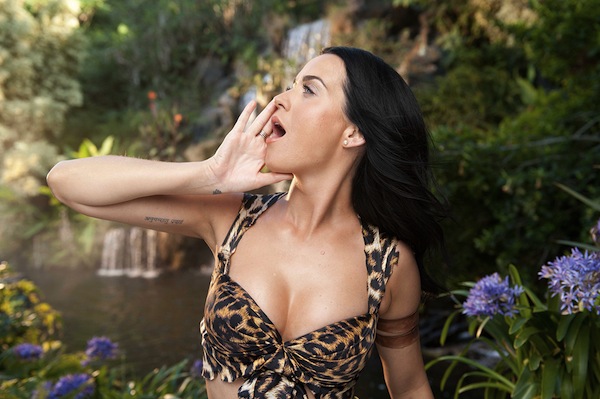 On the heels of a multimillion-dollar copyright infringement ruling and accusations of cultural insensitivity, Katy Perry finally has some good news to celebrate: “Roar” has received over three billion views on YouTube.

In passing the benchmark, “Roar” has joined a very exclusive club of just nine other videos, which are listed below.

Uploaded to YouTube in 2017, “Despacito” has been enjoyed more than 6.6 billion times to date, making it the most viewed video in YouTube history. Justin Bieber appeared in the remix version.

Ed Sheeran’s “Shape of You” music video has been played approximately 4.6 billion times on YouTube; it ranks second behind “Despacito” in overall views, for both music and non-music videos.

Pinkfong, an educational brand, knocked the ball out of the park with “Baby Shark Dance,” which is now a favorite tune of children around the world.

Wiz Khalifa’s “See You Again” appeared in Furious 7, and its video honors the late Paul Walker.

Mark Ronson and Bruno Mars’s “Uptown Funk” joined the Three Billion View Club some time ago, and at 3.77 billion views, it’s quickly closing in on the four billion mark.

Last week, Disney announced that Bruno Mars will star in and produce an upcoming musical film, though production plans haven’t yet been revealed.

PSY’s “Gangnam Style” music video was uploaded to YouTube in 2012, and until “Baby Shark Dance” garnered over three billion views, PSY’s work had the dubious distinction of possessing the worst like-dislike ratio of any listed track.

Despite an immensely successful and popular career, Bieber has just one song in the Three Billion View Club: “Sorry,” which was uploaded to YouTube in 2015.

In five short years, “Sugar” has nabbed 3.1 billion YouTube plays. Maroon 5 is preparing to embark on a 53-show world tour, which will begin in Mexico City later this month.

Katy Perry’s “Roar” occupies the list’s number-nine slot, and the only non-music YouTube video to have been played three billion times is the “Recipe for Disaster” episode of Masha and the Bear, a Russian children’s cartoon. At 4.23 billion views, the video is currently positioned between “Uptown Funk” and “See You Again” on the all-time YouTube viewership list.

Almost There, But Not Quite

A few music videos are very close to securing three billion YouTube views. It seems inevitable that these vids will cross the threshold in the near future: OneRepublic’s “Counting Stars” (2.92 billion views); Ed Sheeran’s “Thinking Out Loud” (2.9 billion views); and Taylor Swift’s “Shake It Off” (2.8 billion views).