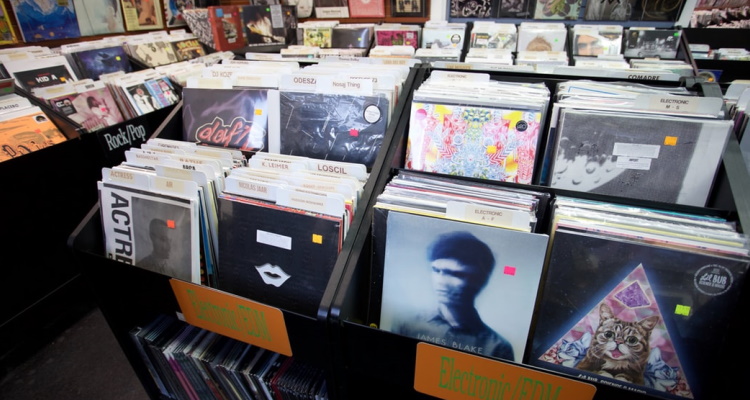 Record Store Day 2020 appears set to thrill vinyl fans and spur considerable sales. And in a testament to just how strong the record (and the record store) is, Grammy-winning singer and songwriter Brandi Carlile is jumping aboard as a brand ambassador.

The announcement was made via Record Store Day’s official website. A six-minute-long video showcases Carlile’s extensive record collection (and her well-decorated, comfortable-looking “attic recording studio”). The 38-year-old’s most prized records include Elton John’s Madman Across the Water (which played during the clip), a signed Carter Family work, and a signed copy of Joni Mitchell’s Blue, among several others.

It was also noted that Carlile’s love for the format has prompted her to make each of her efforts available on vinyl, dating back to her self-titled debut album in 2005. The Washington native closed the video by reminding fans that independent record stores care for and protect artists’ dreams, and that it’s important to help these businesses stay afloat.

The annual event officially began in 2008, and today, the vast majority of America’s 1,400 or so independently owned record stores participate, in addition to a multitude of artists, fans, and industry professionals. Plus, many European record stores have rallied behind the day and the cause.

U.S. record sales have increased for 13 consecutive years, and in the week leading up to Christmas 2019, fans bought a staggering 1.24 million vinyl units (at least according to Nielsen). The medium’s immense (and ever-growing) popularity and reach, in coordination with artist support and advocacy from trade groups like the Vinyl Alliance, may well make Record Store Day 2020 the biggest yet.

In a further testament to vinyl’s popularity, fans and professionals recently came together in support of Apollo Masters, a California company that manufactured the lacquer used to press vinyl masters. The business’s Banning production facility burned down, and in the face of the fallout from this immense tragedy, the forward-looking industry’s foremost voices struck an optimistic tone.

Brandi Carlile is preparing to begin a tour on March 6th, with a show in Florida. Performances are scheduled through October.