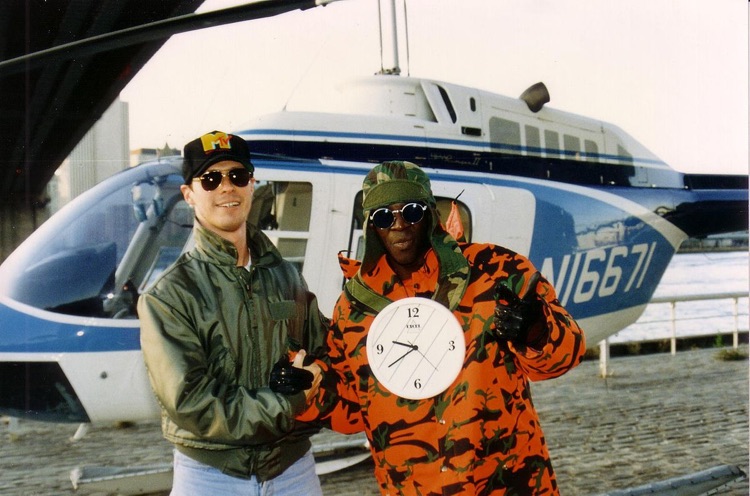 Flavor Flav is no longer part of the hip-hop group Public Enemy.  And in keeping with the mood established by today’s highly competitive political climate, it seems that a performance at a Bernie Sanders rally was the final straw—the thing that prompted Flav’s Public Enemy co-founder, Chuck D, to cut ties with his bandmate of 37 years.

Yesterday, Vermont Senator Bernie Sanders held a campaign rally in Los Angeles, California, ahead of primary season’s make-or-break Super Tuesday. The event featured a performance from Public Enemy Radio, with the chief difference between this act and Public Enemy proper being that PER lacks the vocal support of Flavor Flav. The 60-year-old Flav didn’t perform with PER or even attend the rally.

In fact, Flavor Flav was so opposed to the concert that he (and his lawyer) sent a cease-and-desist letter to the Sanders campaign. The complaint alleges that the Bernie Sanders endorsement came from Chuck D, not other members of the group, and that the campaign committed trademark infringement by promoting Public Enemy Radio. (To be sure, posters were printed to spread word of the Public Enemy Radio Show.)

At the time of this piece’s writing, the Sanders campaign hadn’t publicly responded to the letter. Chuck D is said to have complete ownership of the Public Enemy trademark.

While Flavor Flav’s emphasis on political neutrality (he has yet to endorse a 2020 presidential candidate) led some to believe that the Chuck D disagreement stemmed from politics, a series of tweets posted by Chuck dispelled the notion.

The 59-year-old wrote “my last straw was long ago” before indicating that “it’s not about BERNIE with Flav… he don’t know the difference between Barry Sanders or Bernie Sanders.” And in a separate tweet, Chuck D blamed the conflict on money, writing, “He will NOT do free benefit shows.”

In a final tweet, Chuck D insinuated that Public Enemy would be incomplete without Flavor Flav, but that he’d have no issue moving forward with Public Enemy Radio until Flavor Flav returned to the fold.

Also worth noting is that tensions had been brewing between Flavor Flav and Chuck D for some time beforehand. In 2017, Flav sued Chuck D and Public Enemy’s accounting team for unpaid profits. The dispute was eventually settled.

Flavor Flav hasn’t yet taken to social media to address the Chuck D tiff and his dismissal from Public Enemy.