SXSW Refuses to Cancel. Do They Really Need the Money That Badly? 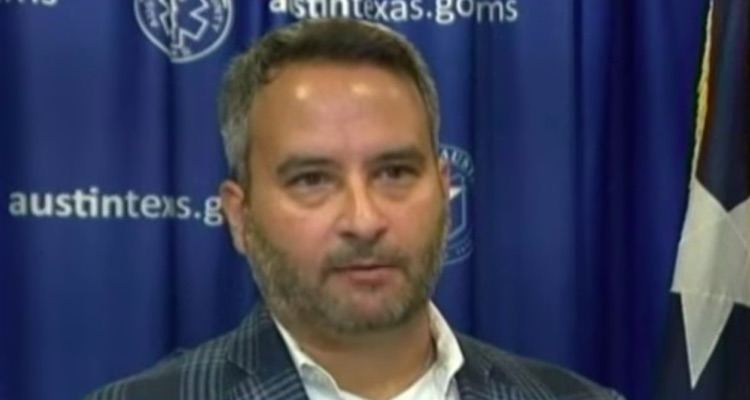 The City of Austin has declared that “no evidence” suggests that “closing SXSW… is going to make this community safer.”  And despite rising cancelations and protests, SXSW organizers remain adamant about keeping the festival open.  But is this really worth it?

The declaration by Austin officials follows days of adamant refusals by SXSW to close the mega-festival, despite blanket cancellations by Facebook, Twitter, Intel, VEVO, Mashable, TikTok, and others.

“It’s important for us to remember at this stage that we’re actively evaluating mass gatherings on a daily basis,” said Mark Escott, who is the interim medical director for Austin Public Health. “Right now, there’s no evidence that closing South-by-Southwest or other activities is going to make this community safer.”

Anyone who has attended the multi-week music, film, and tech festival knows that SXSW features dense crowds, especially in crowded venues.  But popular streets, in particular Sixth Street and the areas around the Austin Convention Center, are also typically packed, which makes it nearly impossible to control the spread of a contagious disease.

Those crowds spend a lot of money. SXSW generated a cool $355.9 million in economic benefit for Austin in 2019 alone, a figure that keeps rising. That alone may explain why city and festival organizers are so stubbornly refusing to shut SXSW down — or even postpone it.

Austin Mayor Steve Adler further stated that SXSW has no influence over the city’s coronavirus decisions.  But it’s unclear who was making that allegation. “I want the community to know that these decisions are being made by our medical professionals, and that no corporation, or South By, or anybody else has a seat at that table,” Alder stated. “Because we’re only motivated by making sure that we do what we can to keep the community safe.”

For residents of Austin and surrounding areas, the risk seems completely unnecessary. As of Wednesday afternoon, nearly 50,000 concerned individuals signed a petition to get SXSW to cancel the event. Many of the signators live and work in Austin, and will have a hard time avoiding the mobs of people arriving next week. They might get sick, or have to deal with relatives that get sick.

In reaction to those protests and pullouts from major companies, SXSW is now going on the offensive.

Earlier today, the festival started reserving Google Ads against search terms like ‘SXSW canceled.’ “SXSW 2020 is proceeding as planned,” the interceptor Google Ad states. “Please keep up with information around our response to COVID-19 at our COVID-19 Attendee Information page.”

Meanwhile, the festival is furiously announcing replacement celebrities as heavyweights like Mark Zuckerberg and Jack Dorsey drop out.  Just this morning, the festival delivered a lengthy email to Digital Music News packed with last-minute speaker announcements.  Exactly how much money was doled out to attract the last-minute participants is unclear.

Suddenly, politicians like Hillary Clinton and Andrew Yang were given a bigger spotlight (we’re not sure when either were added to the bill).

“South by Southwest… has announced more Featured Speaker and Keynote additions to the lineup of the 34th edition of its annual Conference, which celebrates the convergence of technology, film, and music industries,” the email informed, while rattling off last-minute participating celebs like Wu-Tang Clan producer RZA, Pharrell, Jon Platt, and Chris Evans, among others.

Tim Ferriss, who canceled his appearance and participation at the event, feels that holding a festival with hundreds of thousands of people is simply irresponsible.

“After much thought, I’ve cancelled my attendance at SXSW,” Ferriss tweeted earlier this week.  “I love SXSW, but I don’t believe the novel coronavirus can be contained, and I view an international event of 100,000+ people as a huge risk to attendees and the entire city, given limited ICU beds, etc.”

“Based on data and primary sources, I believe SARS-CoV-2 will make it to Austin. The real question is: will systems be ready to handle it? If we can delay spread in Austin, and build a testing/treatment capacity, we have a good shot. 100,000+ visitors increases the odds we will not.”

Meanwhile, major events are being canceled at an increasing rate.

As this article was being written, Miami’s Ultra Music Festival was canceled. And yesterday, Mariah Carey canceled a concert in Honolulu, raising fears of more US-based cancelations ahead. Earlier, mega-events like Mobile World Congress in Spain and the Geneva International Motor Show in Switzerland were also nixed.

Meanwhile, numerous details about the coronavirus itself and how it spreads remain unclear. Increasingly, critics are pointing to a flu-like variant that only kills the elderly and those with compromised immune systems — as if those people don’t matter. But regardless of how lethal or dangerous this virus ends up being, it seems incredibly clear that packing hundreds of thousands of people into a midsized city will almost certainly increase the rate of infection in the region. Which really sucks if you are an elderly or immuno-deficient person living in Austin.

But how many people will actually show up to SXSW 2020, anyway?

A large number of individuals and companies are undoubtedly planning to attend. Patreon is one of them: the company is planning to hand out branded sanitation wipes to attendees. That’s cute (or stupid, or both). But lots of companies are simply banning non-essential travel. And airports like Los Angeles’ LAX are virtually empty these days, raising the question of how many would-be attendees will simply stay home.

Perhaps SXSW will be partially canceled in the end — not by the stubborn organizers, but by the droves of people that simply decided not to go. The result: a half-baked event that gives coronavirus a home in Austin, Texas.

Is that really worth it, SXSW?