It’s unclear at this time how the scammers are selecting their targets, but the process begins with an official-looking letter, complete with Warner Music Group letterhead, a bottom-banner photograph of multiple buildings, and a (non-Warner Music Group) phone number.

Digital Music News was alerted to the scam by an artist over the weekend and reviewed the false offer (see below). Sadly, the offer is obviously fake to anyone inside the industry, but not-so-obvious to a young, aspiring artist. The “Notification of Promotion and Nomination” rather conspicuously lacks paragraph breaks and indicates, “We’ve checked out all your musical activity and you’ve been selected and offered a provisional promotion and nomination with WMG. We encourage your creativity and would love to invest in your potentials. [sic]”

At the letter’s close, targets are encouraged to “be prepared to appear for an interview at our head office.” WMG CEO Stephen F. Cooper’s signature is falsified (or pasted) at the page’s bottom.

A 20-question “application form” accompanies the letter. In it, the target is asked to provide his or her full name, phone number, address, “number of album released [sic],” and information about his or her “next of kin.”

Along the application form’s lower edge, the logos of 11 record and music industry companies, from Republic Records to Island Records (both of which are part of the Universal Music banner), attempt to lend credibility to the document.

Upon sending the completed application away (through the mail or digitally, as the scam is further supported by an active phone number and WhatsApp account), the victim will receive a full-color letter stating, “You are now been [sic] considered for a brand promotion and certification with us.”

To finalize this nonexistent promotion and certification deal, however, the scam’s target must subscribe to a “Benefit Plan.”

The Silver, Diamond, Gold, and Platinum options (which are listed in that seemingly incorrect order) bring different perks and progressively higher monthly salaries (from $2,000 per month to $15,000 per month), but can only be obtained after a “benefit fee” is paid. The latter runs the victim between $200 and $1,500, or 10 percent of the corresponding Benefit Plan.

Of course, excited artists won’t hear back from the scammers after sending payment, nor will they enjoy any of the promised perks. At the time of this piece’s writing, Warner Music Group hadn’t yet addressed the scam publicly, nor had the person or people behind the scheme been identified.

Three years back, we unearthed a similar scam (albeit one that centered on Atlantic Records, a WMG subsidiary) that attempted to separate musicians from their hard-earned cash. The perpetrators weren’t identified, but undoubtedly, much frustration was spared, and many dollars were saved, by spreading word of the fraud. 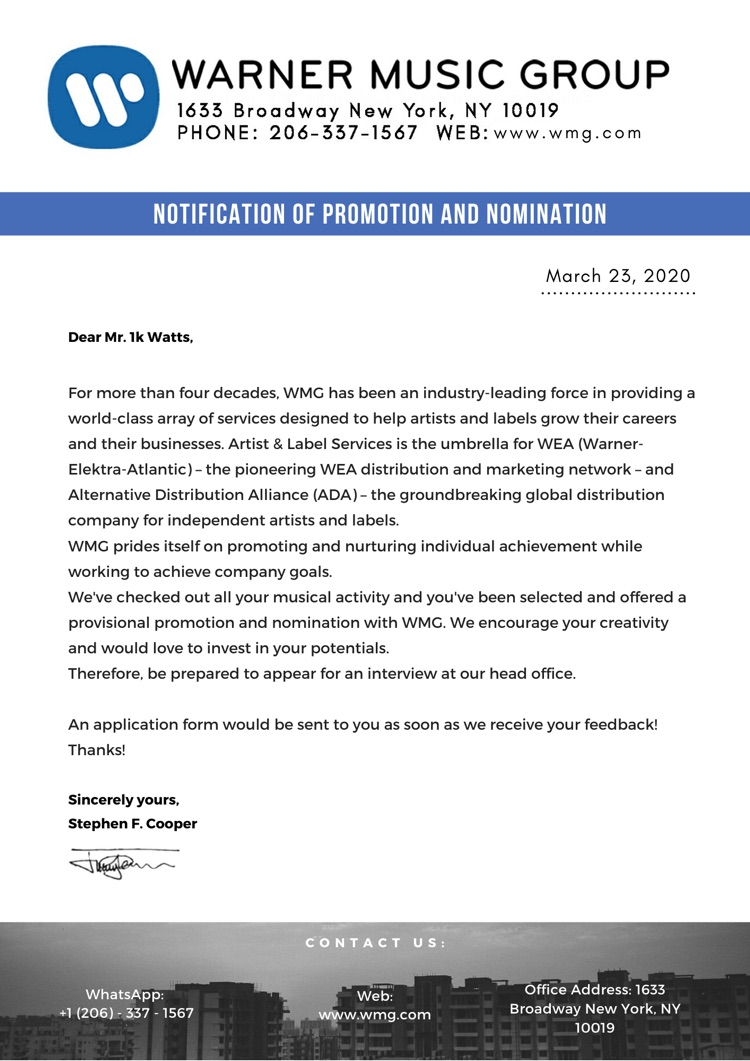 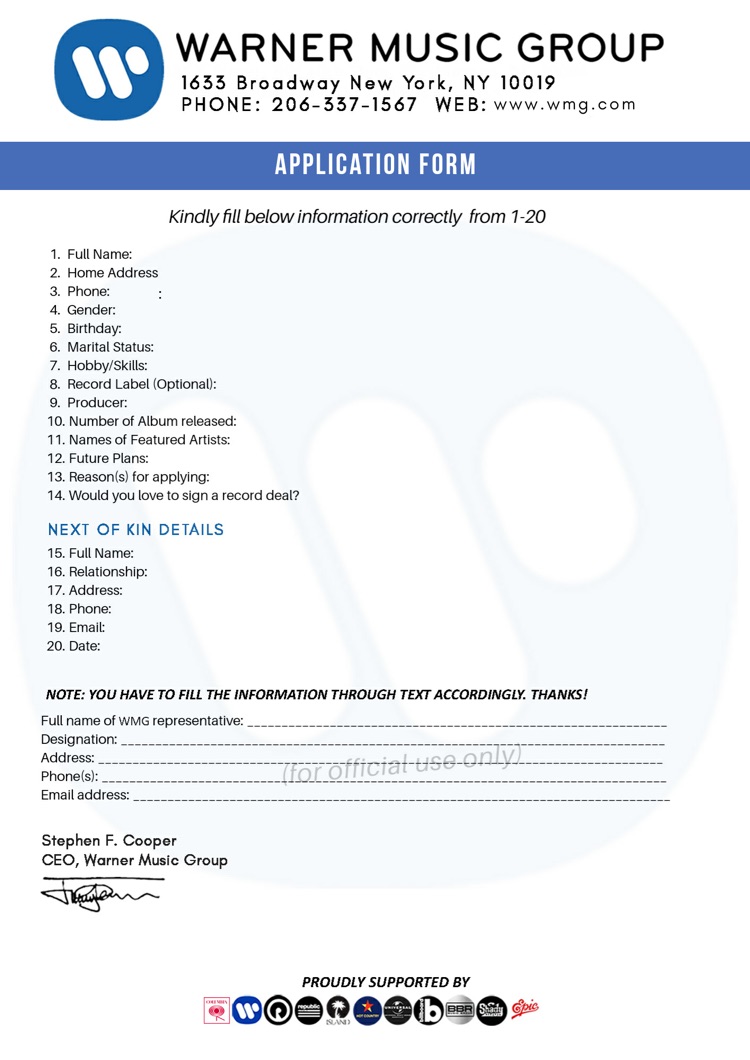 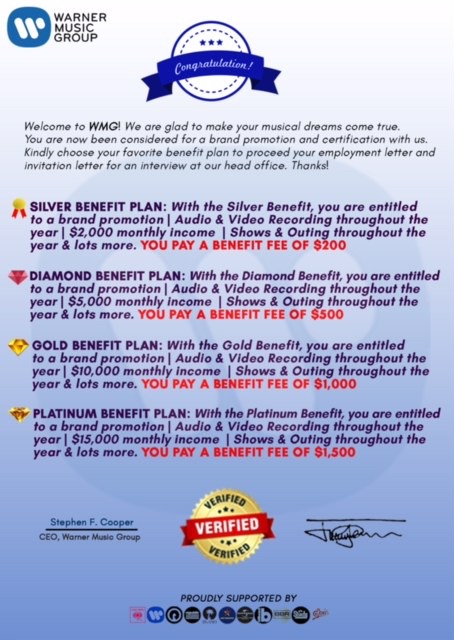