Is Burning Man Getting Cancelled? Early Ticket Sales Have Been Suspended 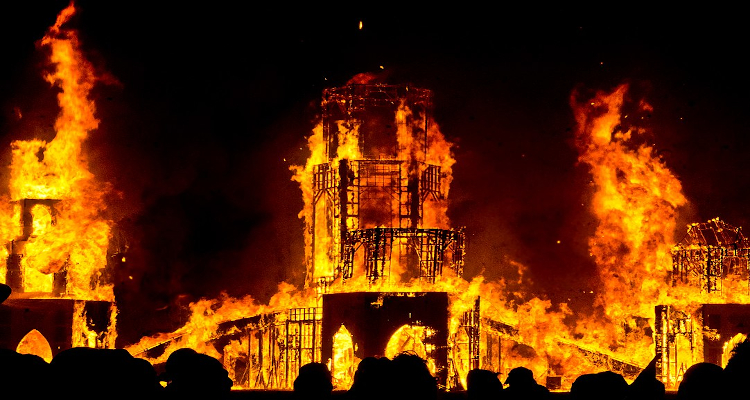 Burning Man 2020 is facing an uncertain future due to the ongoing coronavirus (COVID-19) pandemic. The annual event’s organizers have postponed both the Main Sale registration and the Main Sale proper.

The Main Sale registration had previously been slated for April 1st, while the sale itself (consisting of some 20,000 tickets) was to initiate on April 8th. Burning Man has indefinitely postponed both, and additional details—including a new Main Sale date, a full-event delay, or possibly an outright cancellation—will be revealed in the coming weeks.

Refund-wise, Burning Man’s team stated that they’re “exploring every possible option for offering refunds if the 2020 event is canceled.” However, the event’s planners also emphasized that tickets are non-refundable “for any reason,” and that erecting Black Rock City requires a year-round effort from a team of full-time employees.

In the interest of transparency, Burning Man higher-ups published a pie chart highlighting the precise expense breakdown for 2018’s edition. Nearly one-third of total costs (about $14.3 million) went towards the staff’s payroll; a substantial portion of this sum was presumably spent prior to the function itself taking place. To be sure, there’s ample video evidence of the work associated with “Build Week,” not to mention planning and calculating for logistics.

Currently, Burning Man 2020 is scheduled to begin on August 30th and end on September 7th. The 2019 event attracted approximately 80,000 attendees, and if made available, this year’s Main Sale passes will cost $475 each.

In February, Digital Music News was the first to report that Burning Man parent entity Black Rock City had officially filed a lawsuit against the U.S. government. The ongoing legal complaint centers on the feds allegedly overcharging for the use of government land.

More as this develops.  For now, Burning Man seems to be hanging in the balance, with organizers likely to place the event on ice until 2021.