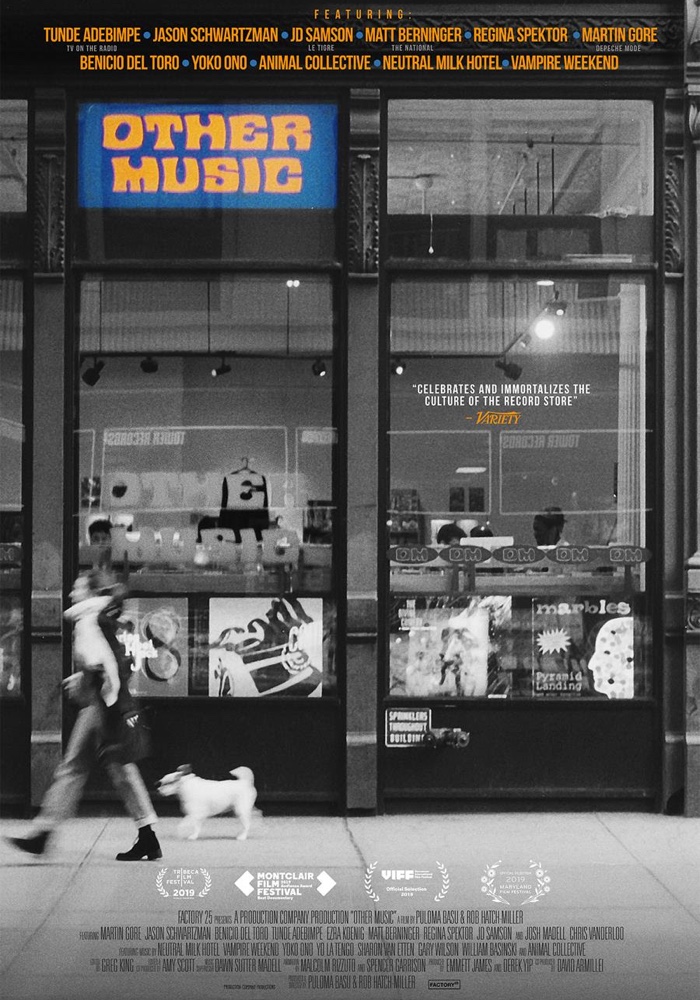 Other Music, a documentary that explores the influence of the namesake record store on artists and New York City’s music scene, is set to receive a “Virtual Cinema” release.  Some of the profits will benefit temporarily closed record stores and theaters.

Having debuted at the Tribeca Film Festival, Other Music was originally slated to open in theaters on April 17th to coincide with Record Store Day 2020. However, as the coronavirus crisis has forced Record Store Day’s postponement, and virtually all independent record stores and movie theaters have temporarily closed their doors, the plan was placed on hold.

Now, the work’s distributor, Factory 25, along with independent film mainstay Oscilloscope Laboratories, has decided to back a digital-release plan. Other Music will arrive exclusively on more than 50 theater and independent record store websites on April 17th; the film is expected to make its way to other streaming platforms three or so months later.

Once fans have purchased a rental via their favorite record store’s website (here’s the full list of participating businesses), they’ll receive an email link to view the film. As with most other on-demand movie rentals, Other Music will be streamable for 72 hours after it’s initially played.

Fifty percent of each rental’s net profits will reach the corresponding record store or theater.

Created by Rob Hatch-Miller and Puloma Basu, Other Music features interviews with Benicio del Toro, Vampire Weekend, and Yoko Ono, among others. The critically acclaimed film relays Other Music’s cultural influence, in addition to its profound impact on New York’s music community.