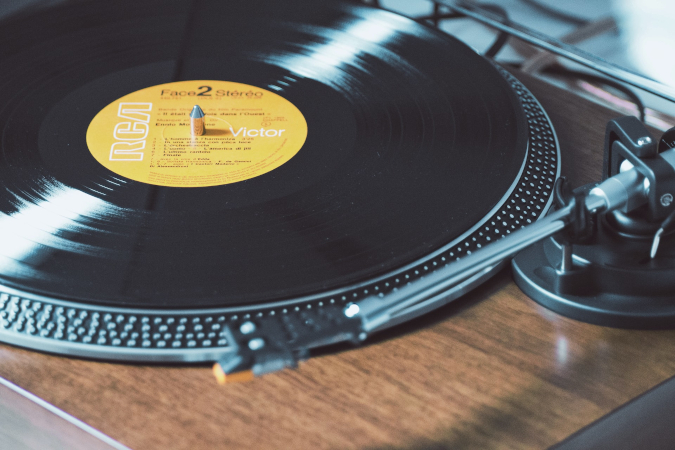 Record Store Day 2020 has been postponed until June, but that isn’t stopping vinyl fans from supporting independent record stores.

Before the coronavirus (COVID-19) pandemic forced a change of plans, Record Store Day 2020 was slated to take place this Saturday, April 18th. To celebrate the occasion and support independent record stores, United Kingdom vinyl fans are rallying behind the #RSDFilltheGap movement, which encourages members of the music community to “fill the gap” in their record collections by making an online purchase from a local business.

The Big Moon, a four-piece indie rock band from London, was previously named as Record Store Day UK’s ambassador. Addressing the Fill the Gap initiative in a statement, the group said, in part: “If music and record stores are a part of your life and you have the means to be spending disposable income right now, please keep supporting them so they can be there for you when all this madness is over and the world starts turning again.”

In other encouraging Record Store Day developments, Digital Music News was the first to report last week that Other Music, a documentary about the namesake record store, will enjoy an exclusive digital release (as opposed to the initially planned theatrical debut, which had been booked for Record Store Day), half of the net profits from which will support independent record stores.

Fans had positive things to say about the Fill the Gap movement on social media, and not a few users specified the records they intend to purchase.

“Great idea,” wrote one excited individual, “I have ordered a couple of reissued vinyl to replace my mistakes previously buying on CD.”

Another vinyl lover indicated that he will buy Brian Wilson’s “I Just Wasn’t Made For These Times” if he’s able to find it “at a sensible price.”

Finally, a third fan tweeted: “So cool to see this coming together & give some much needed [heart emoji] to record shops.”

Record Store UK organizers have compiled a complete list of the independent record stores that will participate in the 2020 event; users can search said list and filter by location here.