Travis Scott Is Prepping a Major ‘Tour’ Inside Fortnite 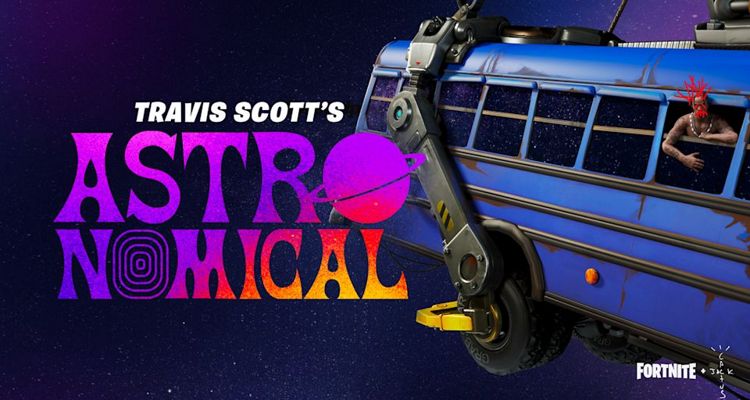 Travis Scott is partnering with Epic Games to go on tour in Fortnite.

The Astronomical tour is described as “an other-worldly experience inspired by Cactus Jack’s creations, built from the ground up in Fortnite.” The concert will take place across several days this week, with Travis Scott headlining.

This event is the first authentic tour taking place in Fortnite. Previous musical events like Marshmello’s set were a one-off event. Astronomical is more like a virtual concert tour to accommodate fans in different time zones.

Of course, it wouldn’t be a Fortnite tie-in without items for gamers to earn. A new Travis Scott skin will be available to purchase, along with emotes and items. Players who attend the concert will get exclusive glider and loading screens.

The game is also getting an update with a new set of challenges to complete that coincide with the Travis Scott Fortnite tour.

Epic Games hid clues about the upcoming concert within Fortnite itself. Fans began reporting seeing a stage in construction on an island in the Sweaty Sands area. This isn’t Scott’s first Fortnite rodeo, either.

Back in 2018, he was part of a squad with Drake, JuJu Smith-Schuster, and Ninja to completely smash Twitch viewership numbers. The Astronomical tour is the second major concert to take place in the game after Marshmello’s DJ set in February 2019.

Fortnite reported 10.7 million concurrent players who attended that concert. You can bet Scott’s numbers will be much higher as the world is stuck at home in quarantine. I wouldn’t be surprised if Epic Games reports twice the concurrent players watching these events when they happen.