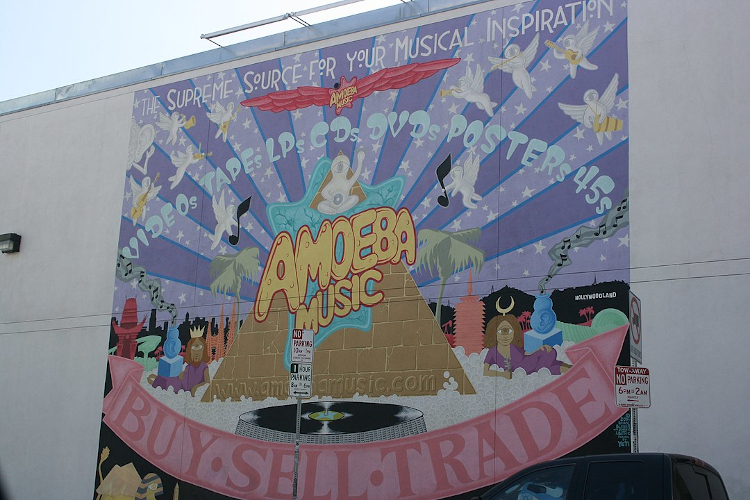 Amoeba Music’s Sunset Boulevard location won’t be reopening, according to a newly published statement from the famed record store.

Amoeba execs made the decision after considering the status of the coronavirus (COVID-19) crisis, the likelihood that California’s nonessential business closures will prevent customers from patronizing Amoeba in the foreseeable future, and the potential health risks (for both employees and customers) associated with moving to quickly reopen the Sunset Boulevard spot.

Instead, Amoeba will concentrate on constructing and organizing its long-planned Hollywood Boulevard store, which was originally scheduled to replace the Sunset Boulevard spot around Labor Day (September 7th). Moreover, Amoeba’s higher-ups noted that the move could arrive sooner than initially scheduled, now that Amoeba Hollywood employees are focused exclusively on the relocation effort.

About five days back, Amoeba co-founder Jim Henderson indicated that construction would begin on the new store in the coming week.

Amoeba closed its statement by reiterating: “The only thing we do know for certain is that we want to survive…We miss you all and cannot wait until we can be together again.”

Last week, Digital Music News was first to report that Amoeba had launched a GoFundMe campaign in a desperate bid to keep its doors open. Predictably, the emergency request for financial assistance performed strongly out of the gate, raising some $160,000 in two days. Contributions have since slowed, but fans are still backing the initiative; at the time of this writing, the campaign had raised more than $220,000 of its $400,000 goal.

California Governor Gavin Newsom recently stated that he will host “digital conversations with small business owners, workers, and industry leaders” to learn more about how they’re being impacted by the coronavirus crisis, as well as the steps they’re taking to keep themselves and customers safe.

To date, medical professionals have diagnosed about 43,500 COVID-19 cases in California, and 1,755 Californians have perished from the disease.