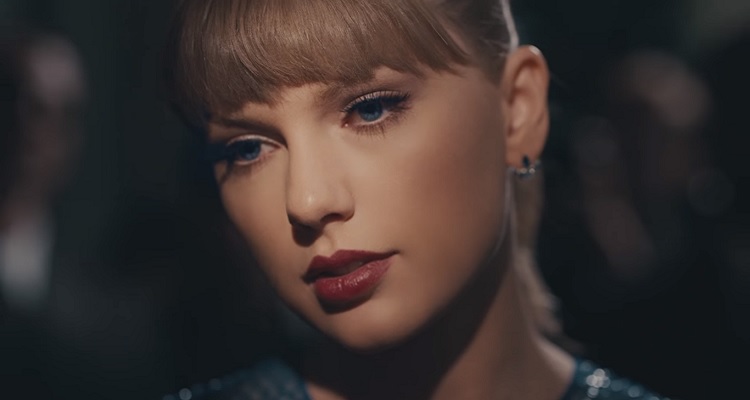 The long-running feud between Taylor Swift, her former record label, Big Machine Records, and Scooter Braun is showing few signs of slowing down. But it turns out this isn’t the first time Swift has participated in a high-stakes battle against a prominent record label.

While promoting her newly released fourth studio album, Good to Know, which dropped on May 1st, singer-songwriter JoJo revealed that Taylor supported her during a contract dispute with the now-defunct Da Family Records — a subsidiary of Blackground Records.

In a testament to how the record label operated (and, in a sense, operates), much of Aaliyah’s music has yet to become officially available on leading streaming services. (At the time of this writing, only Aaliyah’s 1994 debut album, Age Ain’t Nothing but a Number, had been posted on Spotify by Blackground. Nevertheless, other companies have released her subsequent albums.)

Amid the multiyear-long courtroom conflict, during which time Blackground was distributed via Universal Music, JoJo was legally unable to release new albums. Even worse, her previous works were pulled from digital stores and music streaming services. Having taken note of JoJo’s frustrating situation, Taylor Swift reached out (via mutual friends) and offered words of support – unaware that, in the not-so-distant future, she would find herself facing a similar challenge.

“A few years ago, Taylor had me over her house, actually. She was just like, ‘I can’t believe everything you’re going through. This is so f—ed up, so wrong, blah, blah, blah,'” JoJo told People. “And of course, she couldn’t have ever known that she would go through something similar where her catalog was bought from her.”

JoJo eventually rerecorded her initial albums (so that she would own the masters), re-uploaded them to streaming services, signed a new record deal, and reignited her career.

Taylor has taken a couple of the same steps – she’s now part of the UMG-owned Republic Records, and she’ll retain ownership of her future masters — but she won’t be contractually able to rerecord her first six albums until November.  That is, if Big Machine doesn’t fight back with its attorneys.

Social-media users’ opinions of Good to Know appear generally positive. However, JoJo has been forced to delay her tour in support of the album because of the coronavirus (COVID-19) crisis.