How Has Coronavirus Impacted Music Streaming in the Nordic Countries? 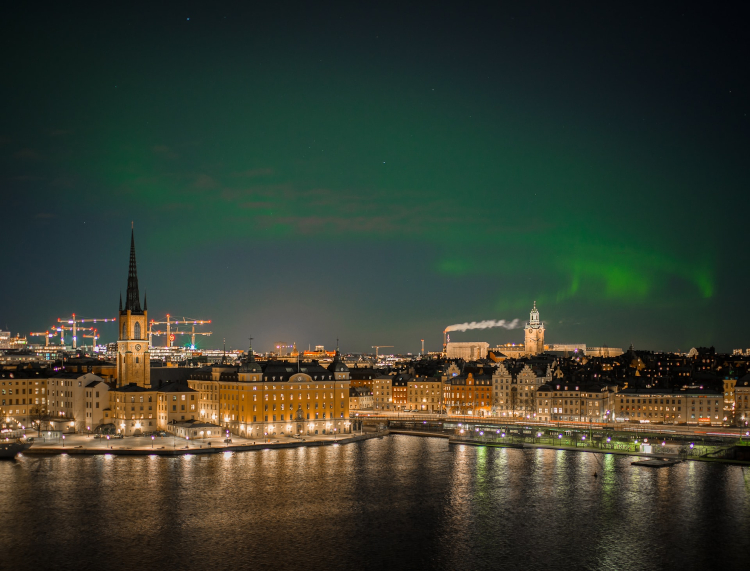 A shot of Stockholm, Sweden, with the Northern Lights visible in the night sky. (photo: Micael Widell)

Though some surveys have found that Americans are streaming more visual media and less music amid the coronavirus (COVID-19) crisis, Nordic countries’ entertainment-streaming rates – for both music and video – have increased considerably during the pandemic.

The Polaris Hub facilitated a far-reaching study of Nordic citizens’ video- and music-streaming habits, dubbed The Polaris Nordic Digital Music Survey 2020, and the results were shared with Digital Music News.

Five percent more Nordic residents are listening to music on Facebook amid the COVID-19 crisis than before its onset, per Polaris’s survey. Similarly, Spotify usage and the number of persons who listen to music on Instagram have increased by three percent, comparing pre- and post-coronavirus figures.

It also bears mentioning that Netflix subscriptions have experienced a three percent boost of their own – which suggests that Nordic residents are spending more time listening to music, exploring social media, and watching television programs and films.

Additionally, Polaris disclosed other, longer-term statistics and findings, which demonstrate that Nordic countries’ residents, like millions of individuals around the globe, prefer music-streaming services for their listening needs. To be sure, 14 percent more Nordic inhabitants subscribe to a premium music-streaming service today than in 2018 – some 49 percent of the almost 27 million individuals who call Norway, Sweden, Finland, or Denmark home.

Despite this surge in paid music-streaming subscriptions, however, approximately 42 percent of Nordic residents listen to music exclusively via free services (including YouTube, Spotify, and others), and a noteworthy 68 percent of all music consumption derives from free sources.

When asked why they utilize only free music-streaming platforms, a portion of respondents cited paid services’ prices, as well as the widespread availability of free options. For reference, Stockholm-based Spotify charges about $10.09 per month for premium in Sweden and Denmark, $10.65 in Norway, and close to $11 in Finland (based upon current exchange rates).

Last month, Digital Music News was first to report that Apple Music had expanded into 52 additional countries, including Iceland.